SEOUL, Nov. 17 (Yonhap) -- President Moon Jae-in said Tuesday that the decision to enforce stricter distancing rules in the greater Seoul area starting this week was an "unavoidable" measure, while asking for the people's cooperation to help curb the latest resurgence of new COVID-19 cases.

"It may come as an inconvenience, but it was an unavoidable measure to prevent a further expansion (of new virus transmissions)," Moon said during a weekly Cabinet meeting held at Cheong Wa Dae.

Earlier in the day, the government decided to raise the social distancing level by one notch to 1.5 in the greater Seoul area effective Thursday amid a resurgence of new virus cases in and around the capital.

The president asked for the people to "actively cooperate" with authorities in efforts to help prevent additional infections and further raising of the distancing scheme.

Moon also explained that businesses will meet with restrictions in economic activities due to stricter capacity ceilings. "The government will further raise its attentiveness (against COVID-19)," said Moon.

The president also stated that the government will designate a special disease-control campaign period in order to safely conduct next month's College Scholastic Ability Test, the country's biggest academic event of the year.

The test is slated for Dec. 3, and approximately 480,000 high school seniors and graduates are set to take the exam this year. 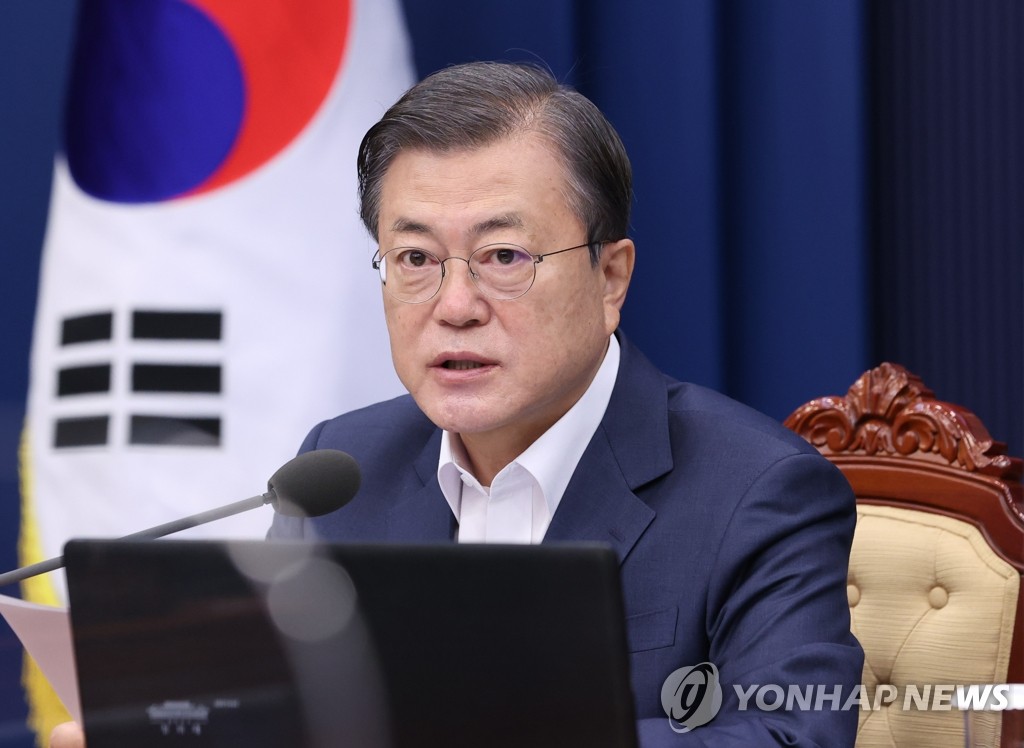