During a conference call with global credit appraiser Standard & Poor's (S&P) earlier in the day, Hong discussed the country's overall economic situation and responses to the COVID-19 pandemic, according to the Ministry of Economy and Finance.

Every year, delegations from key global credit rating agencies visit South Korea for a meeting to evaluate the country's economic conditions and credit status. But this year, S&P held a conference call with the finance ministry and other institutions due to the virus outbreak.

The South Korean economy grew 1.9 percent on-quarter in the third quarter on improving exports, after two consecutive quarters of contraction. 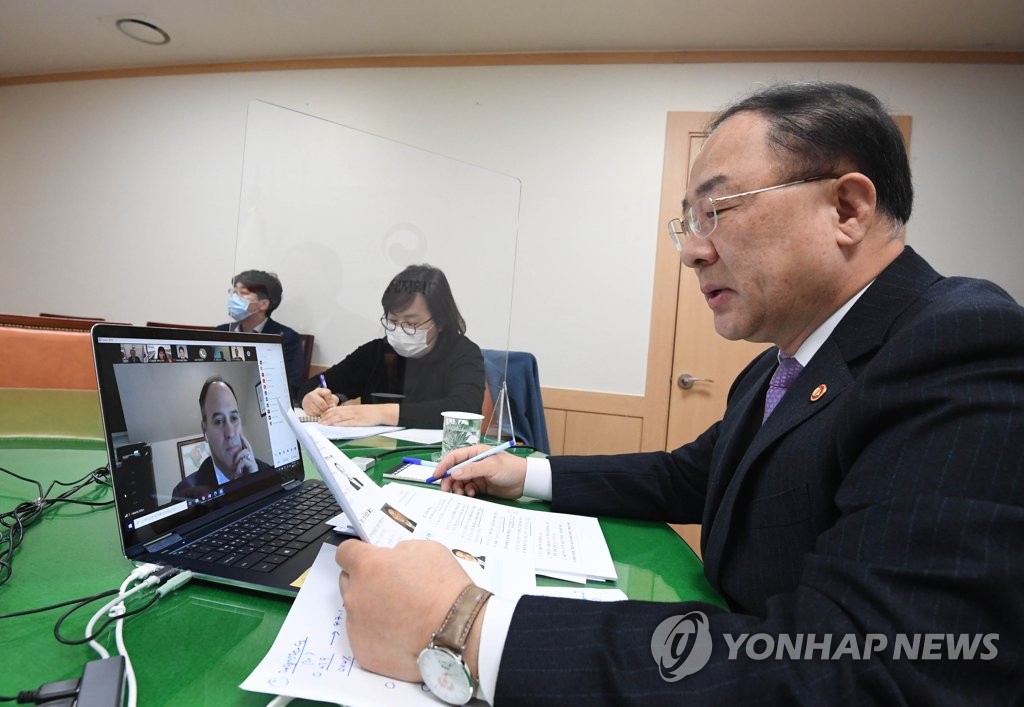 Hong said that the country's debt-to-gross domestic product (GDP) ratio has risen due to aggressive fiscal spending in response to the pandemic, but a rise in the debt ratio is a global trend.

The country's debt is likely to reach a record 846.9 trillion won (US$765.4 billion) this year as the government sold deficit-covering bonds to finance four supplementary budgets, according to the finance ministry.

The nation's debt-to-GDP ratio will reach an all-time high of 43.9 percent this year, up 6.2 percentage points from the end of last year.

The top economic policymaker explained the country's proposed fiscal rules to S&P as efforts to bolster fiscal soundness. South Korea recently unveiled the proposal that will limit its debt to 60 percent of GDP and its fiscal deficit to 3 percent from 2025. The new rule is subject to parliamentary approval.