"Delighted and thrilled! Together with the Korean people, I extend my congratulations to newly elected Congresswomen Young Kim, Michelle Park Steel, and Marilyn Strickland, and Congressman Andy Kim who won a second term," Moon tweeted.

Republicans Young Kim and Michelle Park Steel won the 39th and 48th districts in Orange County, California, respectively, in the U.S. general elections earlier this month, joining Democrat Marilyn Strickland, who won the 10th district in Washington, to become the first Korean American women to serve in Congress in its 230-year history.

"I am truly encouraged to see four Korean Americans having made to U.S. Congress all at the same time," Moon said in the Twitter message uploaded both in Korean and English.

"Above all, Koreans living in the U.S. must feel reassured by their presence. Going forward, I hope to work with you all for enhancing ROK-U.S. bilateral relations as well," Moon noted. ROK is the acronym for South Korea's official name, the Republic of Korea.

On Twitter, Moon also briefly referred to the contributions the four electees have made in improving South Korea-U.S. relations and other sectors. 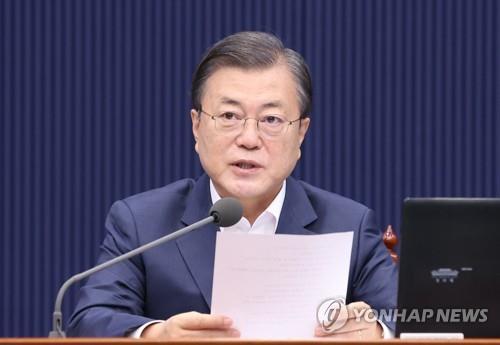