SEOUL, Nov. 18 (Yonhap) -- K-pop superstar BTS has unveiled a teaser music video for "Life Goes On," the lead track of its much-anticipated album "BE."

The 26-second video, uploaded on its management agency's social media accounts on Wednesday, shows the septet smiling and contemplating in front of a camp fire. It then rotates to a scene where the septet is comfortably sitting around in pajamas.

Like the band had hinted about its behind-the-scene production roles, the band's youngest member Jungkook was included in the credits as director for the teaser.

After making history by becoming the first K-pop act to debut at No. 1 on the Billboard Hot 100 with its single "Dynamite," the seven-member act is set to release its new album "BE" on Friday.

Last week, the band shared details on the upcoming album by releasing a handwritten list of the album's eight tracks, which includes "Dynamite," "Blue & Grey," "Skit" and "Stay."

Another image that was posted alongside the track list showed a message, written in cursive, that reads: "Life goes on/Like an echo in the forest/Like an arrow in the blue sky/On my pillow, on my table/Life goes on like this again."

BTS will showcase its lead track for the new album "Life Goes On" at the 2020 American Music Awards on Sunday in Los Angeles. 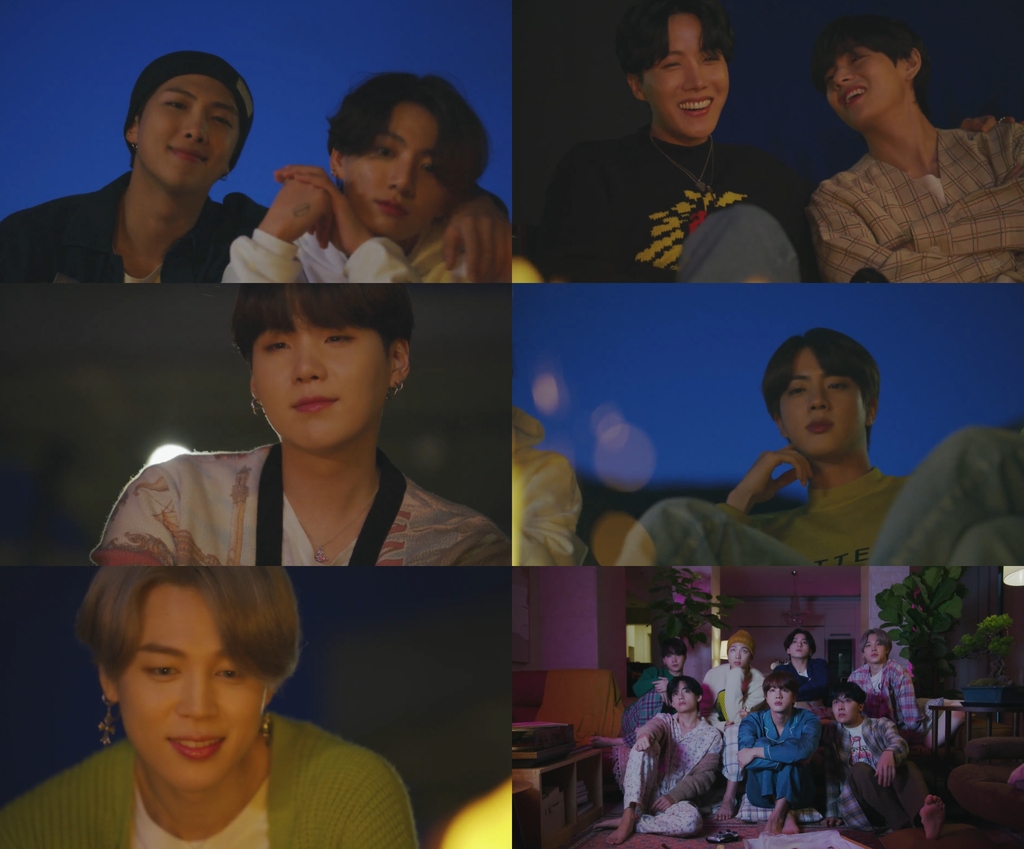