SEOUL, Nov. 18 (Yonhap) -- K-pop superstar BTS has unveiled a teaser music video for "Life Goes On," the lead track of its much-anticipated album "BE."

The 26-second video, uploaded on its management agency's social media accounts on Wednesday, shows the septet smiling and contemplating in front of a camp fire. It then rotates to a scene where the septet is comfortably sitting around in pajamas.

Like the band had hinted about its behind-the-scene production roles, the band's youngest member Jungkook was included in the credits as director for the teaser.

The teaser comes just two days ahead of the band's new album release at 2 p.m. on Friday.

Last week, the band shared details on the upcoming album by releasing a handwritten list of the album's eight tracks, which includes "Dynamite," "Blue & Grey," "Skit" and "Stay."

Another image that was posted alongside the track list showed a message, written in cursive, that reads: "Life goes on/Like an echo in the forest/Like an arrow in the blue sky/On my pillow, on my table/Life goes on like this again."

BTS will showcase its lead track for the new album "Life Goes On" at the 2020 American Music Awards on Sunday in Los Angeles. 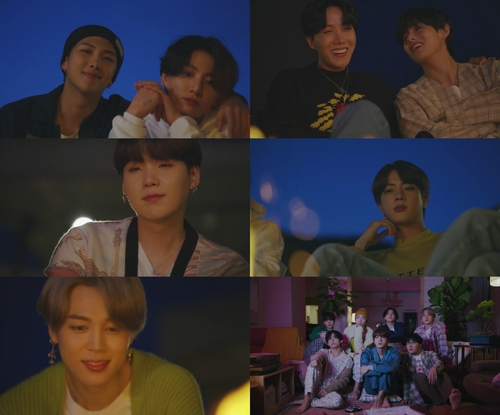 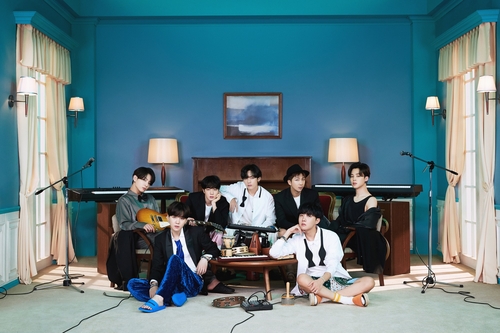 BTS has made history this year by becoming the first K-pop act to debut at No. 1 on the Billboard Hot 100 with its single "Dynamite."

The cheerful disco-pop track ranked No. 17 in the latest weekly data, staying on the main singles chart for 12 weeks.