SEOUL, Nov. 18 (Yonhap) -- A lawmaker proposed a bill Wednesday requiring a quota of female executives on the boards of major listed companies in a bid to help women rise beyond a corporate glass ceiling.

The bill submitted by Rep. Yang Kyung-sook of the ruling Democratic Party proposes a revision to the Financial Investment Services and Capital Markets Act in a way that ensures a certain ratio of female members on the boards of stock market-listed companies whose assets surpass 2 trillion won (US$1.8 billion).

Nine other lawmakers also sponsored it.

The bill, however, did not spell out the proposed quota, instead leaving it up to the government to fix the ratio through a prime ministerial ordinance.

The bill also did not contain any terms for penalties for companies failing to live up to the quota, only aiming to give favors to conforming companies when they seek to clinch commercial deals for government-funded projects.

"The government needs to provide active support for the private sector to voluntarily attain the culture of gender equality," the female lawmaker noted.

As of the first quarter of this year, there were a total of 147 companies that would become subject to the bill if it passes through the National Assembly. The ratio of female executives at those companies stood at 4.5 percent, up 0.8 percentage point from a year earlier. 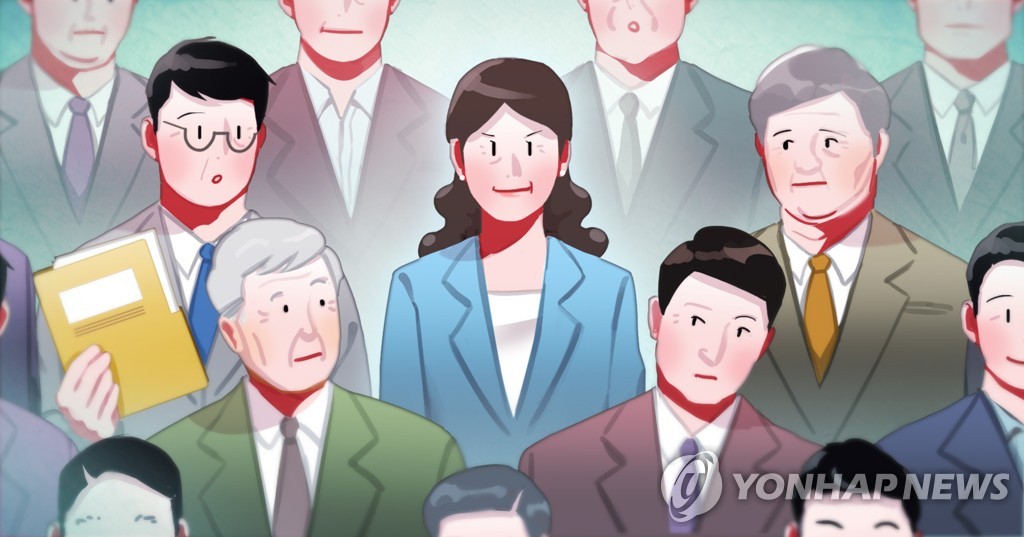