SEOUL, Nov. 18 (Yonhap) -- China's commitment to peace and denuclearization of the Korean Peninsula will remain consistent regardless of the leadership change in the United States, Chinese Ambassador Xing Haiming said Wednesday.

Xing also said during a forum hosted by his embassy that Chinese President Xi Jinping will visit South Korea first ahead of any other country once the coronavirus pandemic situation stabilizes.

"That remains unchanged," he said.

Asked about the prospects of Beijing's cooperation with Washington under the incoming administration of President-elect Joe Biden, Xing stressed that China is "consistent in its position about pursuing peace, dialogue, development and denuclearization of the Korean Peninsula."

"Regardless of whom, or what other countries say, we will keep pushing toward that direction. This is in the mutual interests of both China and Korea, this region and beyond, as well as for world peace," the ambassador said.

China has called for resolving the denuclearization issue with Pyongyang through dialogue, supporting the North's demand for a step-by-step process in which sanctions relief and security guarantees come in parallel with its denuclearization steps.

But the U.S. has demanded the North take significant denuclearization measures first in order for Washington to give any concessions, leaving the nuclear talks between the two deadlocked since the collapse of their leaders' summit in Hanoi in early 2019.

Xing declined to comment on media reports that Chinese Foreign Minister Wang Yi plans to visit Seoul next week, only saying that Seoul and Beijing are "close neighbors and partners" that need to communicate constantly.

"If we have an important visit coming, our foreign ministries will make an announcement," he said. 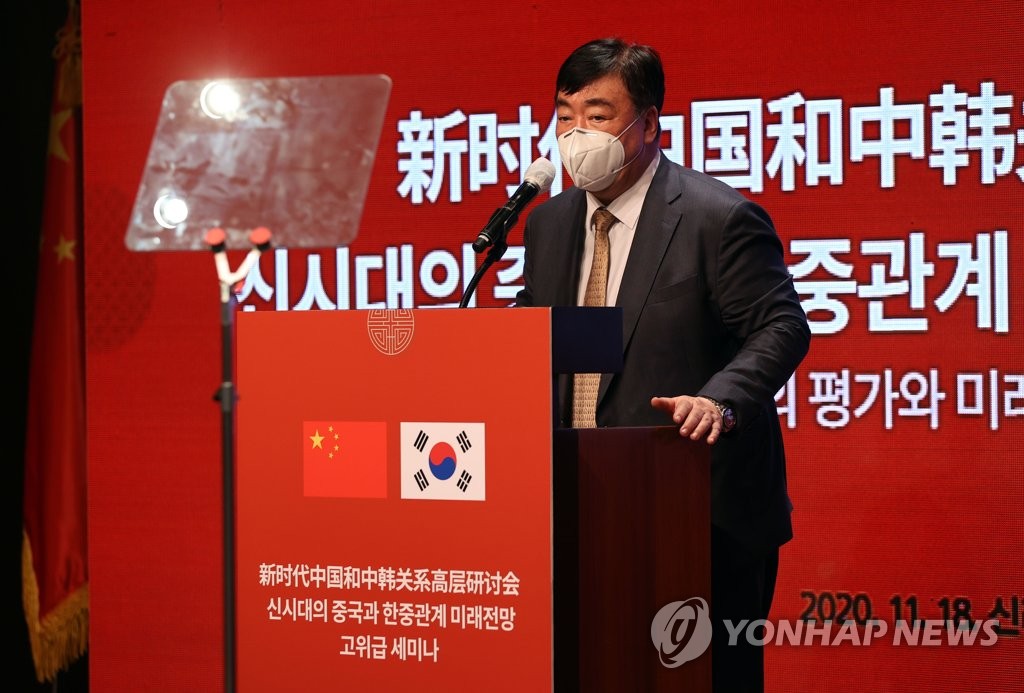