SEOUL, Nov. 19 (Yonhap) -- As a tougher social distancing scheme took effect on Thursday in the greater Seoul area and some other areas where COVID-19 infections have soared recently, high-risk multiuse facilities, such as restaurants and movie theaters, face restrictions in operation.

The South Korean government earlier decided to raise the five-tier social distancing scheme by one notch to Level 1.5 in the capital city; the surrounding Gyeonggi Province; Incheon; Gwangju, some 330 kilometers south of Seoul; and a region in the eastern province of Gangwon.

The Level 1.5 alert is largely aimed at limiting the number of people in closed areas and mass gatherings to curb the spread of the virus. 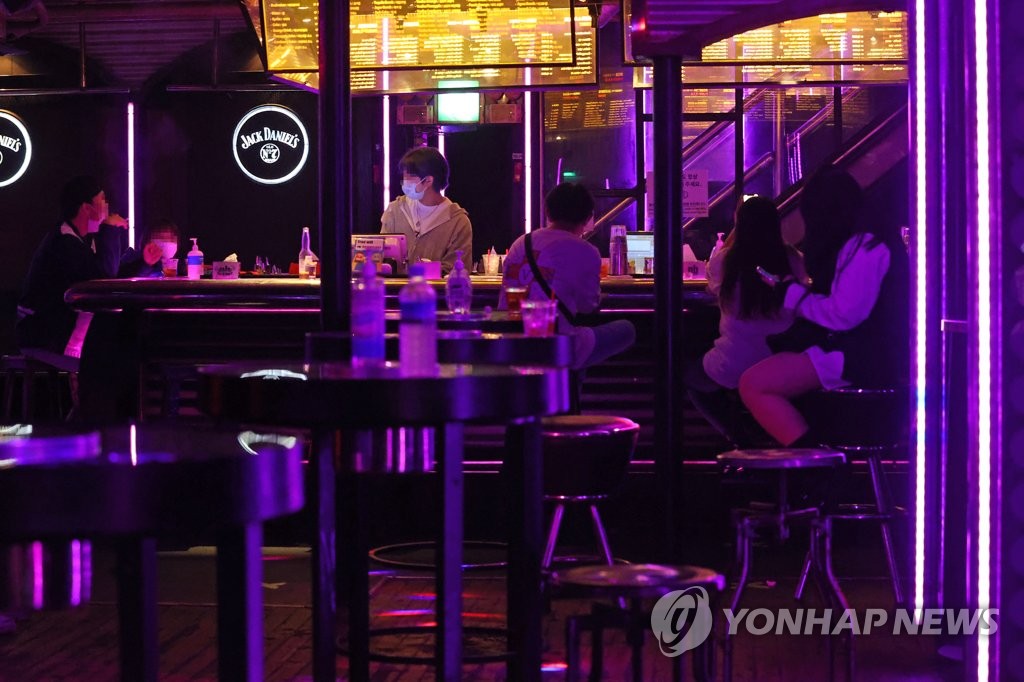 In facilities with higher risk of virus infection, including bars, clubs, indoor concert halls, restaurants and cafes, the maximum capacity is reduced to one person per 4 square meters.

People are not allowed to dance or move to other tables in nightclubs, while eating and drinking are prohibited during concerts.

Owners of restaurants and coffee shops bigger than 50 square meters should keep a 1-meter distance between tables or install partitions. 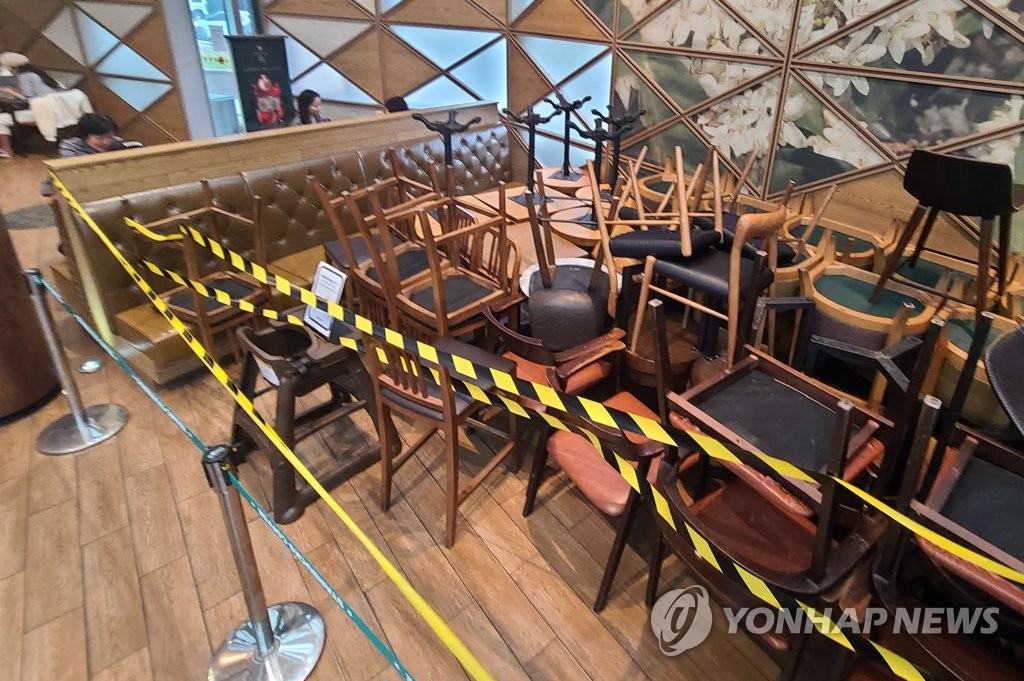 At cinemas and theaters for musicals and classical concerts, a vacant seat should be placed between groups of friends or families.

The number of people allowed to assemble for religious and sports events is limited to 30 percent of full capacity.

Rallies and demonstrations as well as large-scale concerts and festivals, which involve "high-risk" activities such as chanting and singing, are subject to a cap of under 100 people.

Business operators and rally organizers who violate the upgraded rules will face up to 3 million won (US$2,700) in fines. 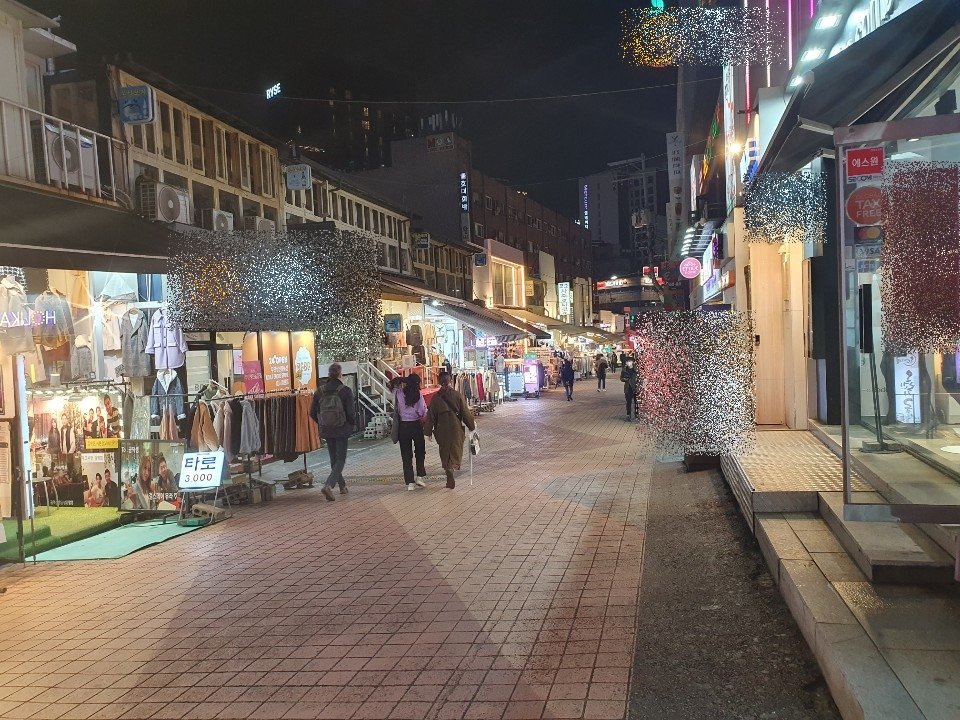 On the first day of the implementation, restaurants and cafes that have been busy removing tables and setting up dividers, saw a sharp drop in customers.

There were only four people occupying tables at a coffee shop in Suwon, just south of Seoul, late Thursday morning.

"As Level 1.5 was implemented today and it's raining, fewer guests have come to my place than other days," the owner of the coffee shop said.

Restaurants in a popular food alley in Suwon, usually filled with workers from nearby offices at lunch time, are also suffering the bleak atmosphere.

"We've already spaced tables and will not accept reservations for groups of 10 people or more," an eatery employee said. "It seems that a growing number of people are reluctant to have gatherings and meetings these days." 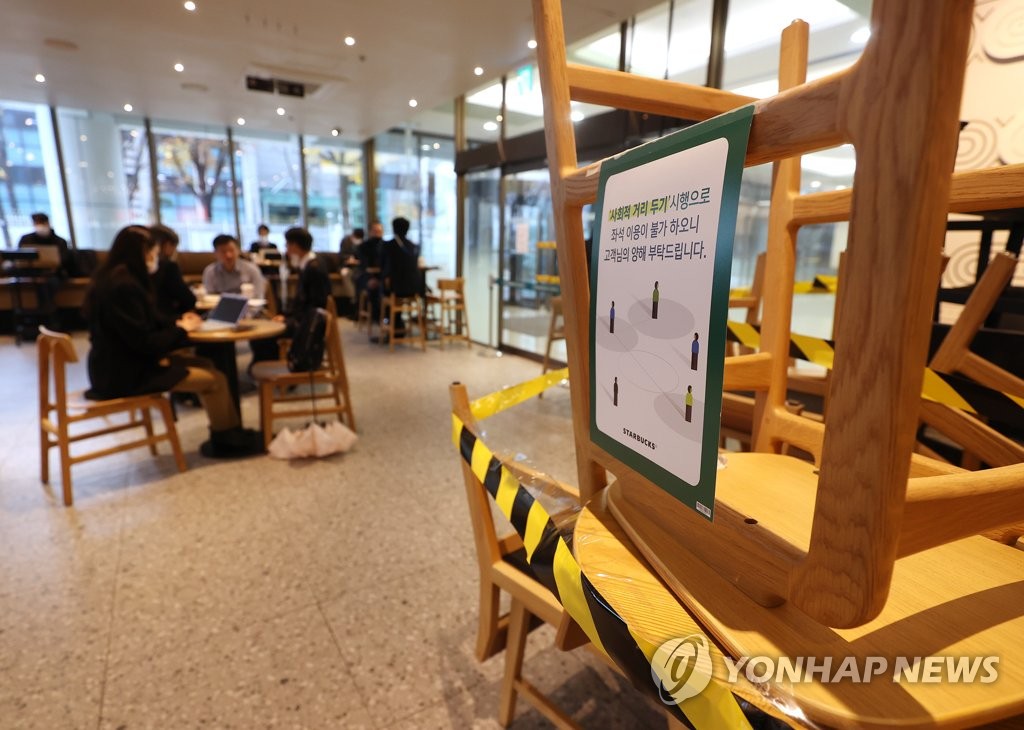 The decision was made after concluding that many of the latest cases stemmed from small, private gatherings of friends and families, and that it is crucial to take preemptive steps to prevent bigger economic damage, the city said.

The level 2 bans gatherings at five types of entertainment establishments, including karaoke bars, and limits the operating hours for restaurants and cafes to 9 p.m. Schools can only have one third of students in attendance, although some discretion is allowed.

The social distancing measures came as health authorities are grappling with another potential wave of the pandemic in the Seoul metropolitan area, home to nearly half of the nation's population of 50 million.

On Thursday, the country reported nearly 350 new coronavirus cases, reaching the highest level since late August due to sporadic infections in community settings across the nation. About 180 infections were from the greater Seoul area.

The government is closely monitoring the coronavirus situation for a decision on whether to raise the social distancing guidelines by another notch.