The statue, located inside the Cheongnamdae park in Cheongju, 140 kilometers south of Seoul, was found with two-thirds of its neck damaged, according to police.

The man is suspected of entering the park with a tourist pass and then switching off nearby closed-circuit TVs before using a wire saw to vandalize the statue.

Police said the man identified himself as a member of an organization with connections to the May 1980 pro-democracy uprising, which Chun was convicted of suppressing in a bloody massacre.

Police plan to book the man on suspicion of damaging property.

Activists have demanded the removal of Chun's statue and that of former President Roh Tae-woo, saying it goes against public sentiment to have statues of outlaws at the former presidential retreat.

Cheongnamdae was built in 1983 during Chun's presidency and opened to the public in 2003.

To attract tourists, the provincial government of North Chungcheong erected statues of nine former presidents, including Chun and Roh, in 2015. 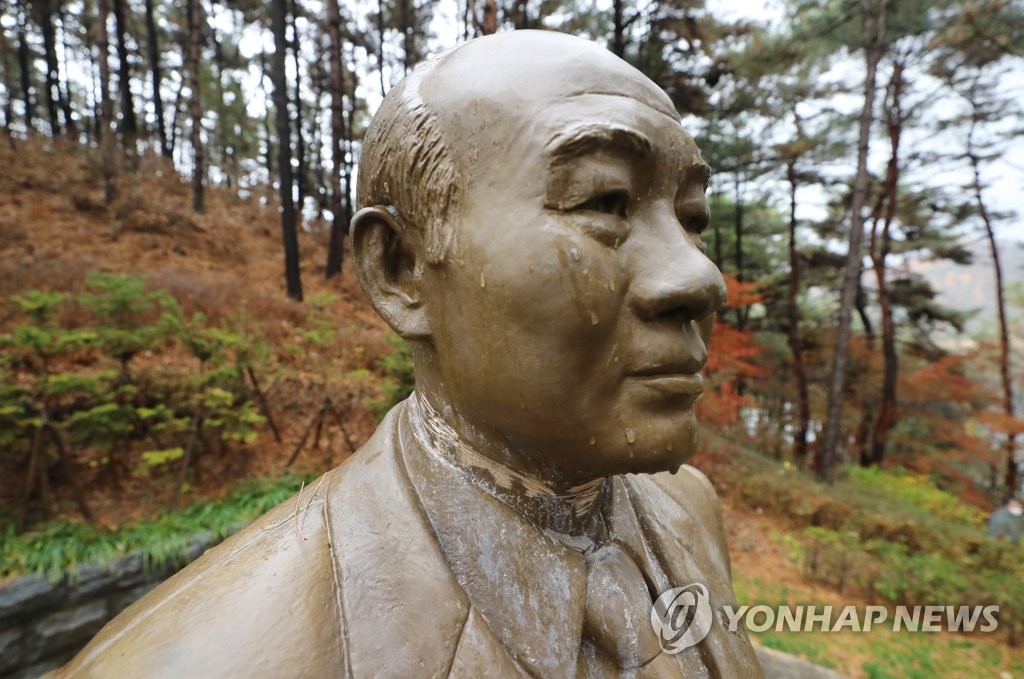