The producer price index, a barometer of future consumer inflation, fell 0.5 percent in October from the previous month, slowing from a 0.1 percent on-month gain in September, according to the Bank of Korea (BOK).

It marked the first monthly decline since June. The index rose on a monthly basis for the last four months.

Compared with a year earlier, the producer prices declined 0.6 percent last month after a 0.4 percent on-year fall in August.

The prices of livestock and fishery goods fell 5.4 percent and 1.1 percent, respectively, from the previous month, the BOK said.

South Korea's inflationary pressure has remained weak so far this year due mainly to low oil prices and the COVID-19 pandemic.

Consumer prices climbed 1 percent on-year in September on a rise in farm goods prices, the sharpest gain in six months. But they are still below the BOK's 2 percent inflation target over the medium term.

In October, the BOK froze the key interest rate at a record low of 0.5 percent after cutting a total of 75 basis points in March and May amid the virus outbreak. 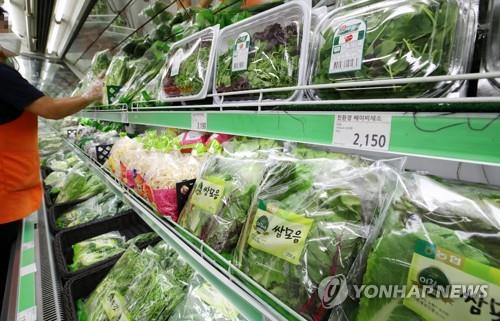