Card spending amounted to 37.4 trillion won (US$33.5 billion) in the Nov. 1-15 period, when the country held the annual Korea Sale FESTA, according to the Ministry of Trade, Industry and Energy.

The festival came as smaller merchants and retailers were hit hard by the COVID-19 pandemic because more people refrained from visiting offline stores on concerns about virus infections. 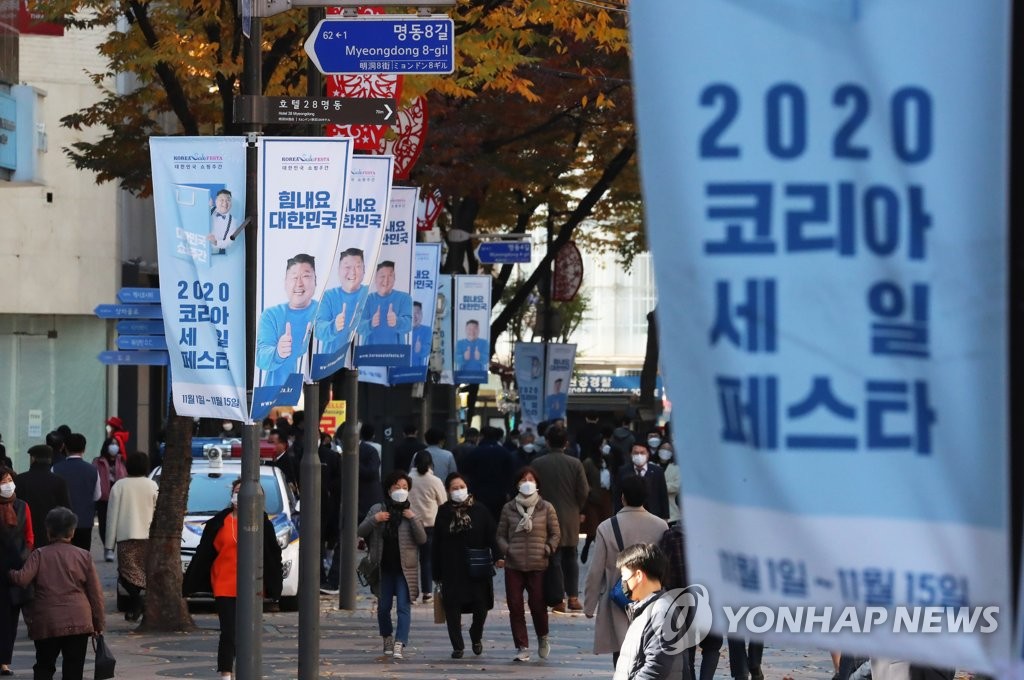 Sales of autos rose 31.9 percent from a year earlier, translating into sales of 7,074 units on average per day. In particular, eco-friendly cars saw their sales jump 155.7 percent.

Sales of electronic goods reached 660 billion won in the cited period, up 39.5 percent from the previous year.

Major retailers and e-commerce operators reported an increase in sales, with department stores seeing sales gain 5.4 percent on-year. Sales at traditional markets also rose 25.5 percent on the back of the distribution of gift certificates.

During the festival, about 3,980 companies put up their products or promoted goods on 115 overseas online sales channels in 28 nations, boosting online exports of local goods, the ministry added.