(ATTN: RECASTS throughout with updated comments, photos)
By Lee Minji

SEOUL, Nov. 20 (Yonhap) -- K-pop megastar BTS, which has emerged as one of the biggest pop groups in the world, on Friday released its new album, "BE," an intimate record of messages the septet wants to share with the world during the pandemic.

The eight-track album, the band's fifth Korean-language studio album, kicks off with the lead track "Life Goes On" and ends with the chart-breaking single "Dynamite," which propelled BTS to become the first K-pop act to top the Billboard Hot 100. 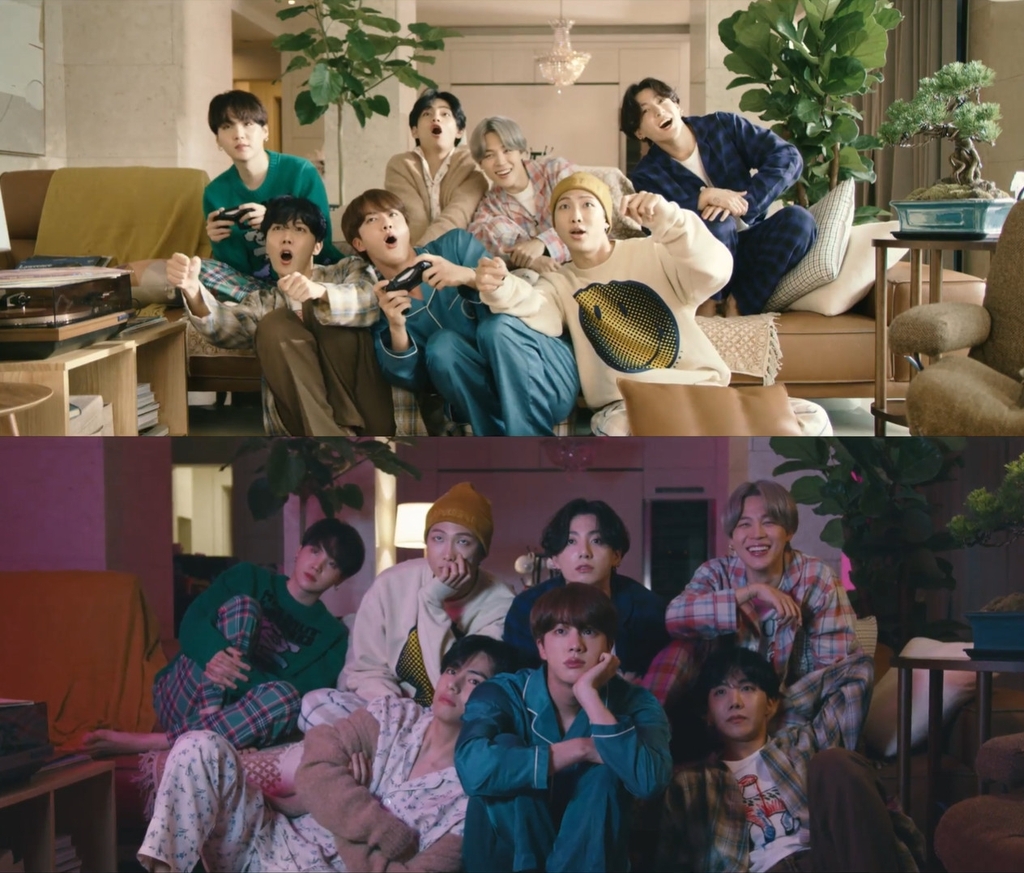 If "Dynamite" was upbeat disco-pop that centered on sharing joy and staying happy even during the bleakest of times, "Life Goes On" is a more relaxed track that tells us that life does go on regardless of what comes along the way.

"'Life Goes On' is a song that is weighty and firm but also soft and comforting in a sincere way," RM said in a press conference held in Seoul. "It's a track in which we tried to show the obvious yet stern truth that life goes on, in a warm way through the colour of BTS."

The alternative hip-hop track poetically captures the sentiment of a world that has come to a sudden stop through the lyrics "One day the world stopped/without any warning/spring didn't know to wait/showed up not even a minute late." It then goes on to suggest how things will eventually be okay, "Like an echo in the forest/the day will come back around/as if nothing happened/yeah life goes on." 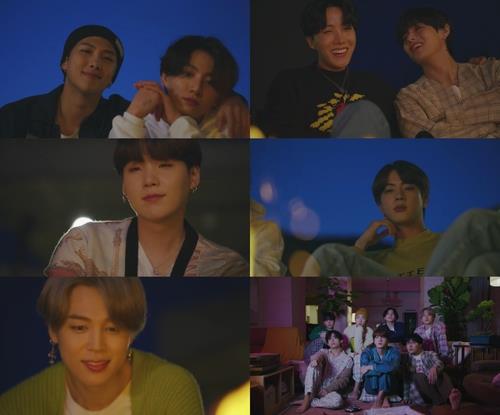 Through vlogs and messages to ARMY, the band's dedicated global fan base, BTS had hinted that it took part in the album's production from scratch. The band's seven members took on behind-the-scenes roles, like Jimin working as music project manager and J-Hope as choreographer.

The teasers that were released in the past two weeks were proof of that. A track list of the eight songs was handwritten by the members, and the two snippets of teasers for "Life Goes On" were directed by youngest member Jungkook. 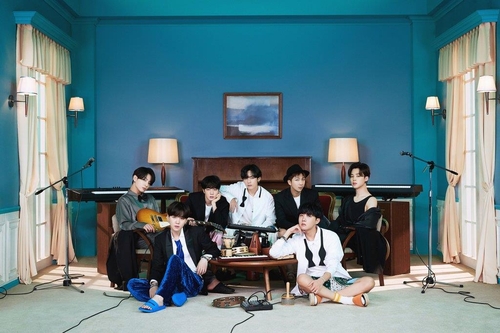 According to the band, the album is packed with songs that intimately embody the feelings that the seven members are going through.

Member V, who took part in the songwriting and lyrics for "Blue & Grey," said he tried to delve into inner anxiety and fear via the colors blue and gray as metaphoric vehicles.

"It's a pop ballad with a guitar sound. The overall lyrics could be a bit dark but the guitar sounds outweigh that with a calm and warm feeling," V said.

The BTS member noted in the press conference how songwriting has become a remedy for burnouts.

"Going through burnouts was just tough in the past. But now, even if I go through a burnout, I write a song and that helps me overcome it ... if I put the feelings in a track, the feelings become better as time passes," he said.

Members Suga, RM and Jungkook took part in the track "Telepathy," a funky retro pop-disco that is a tribute to their fans around the world who have supported them throughout their seven-year career.

RM, Jin and Jungkook, meanwhile, teamed up for the seventh track "Stay," which also talks about being together despite being physically apart. 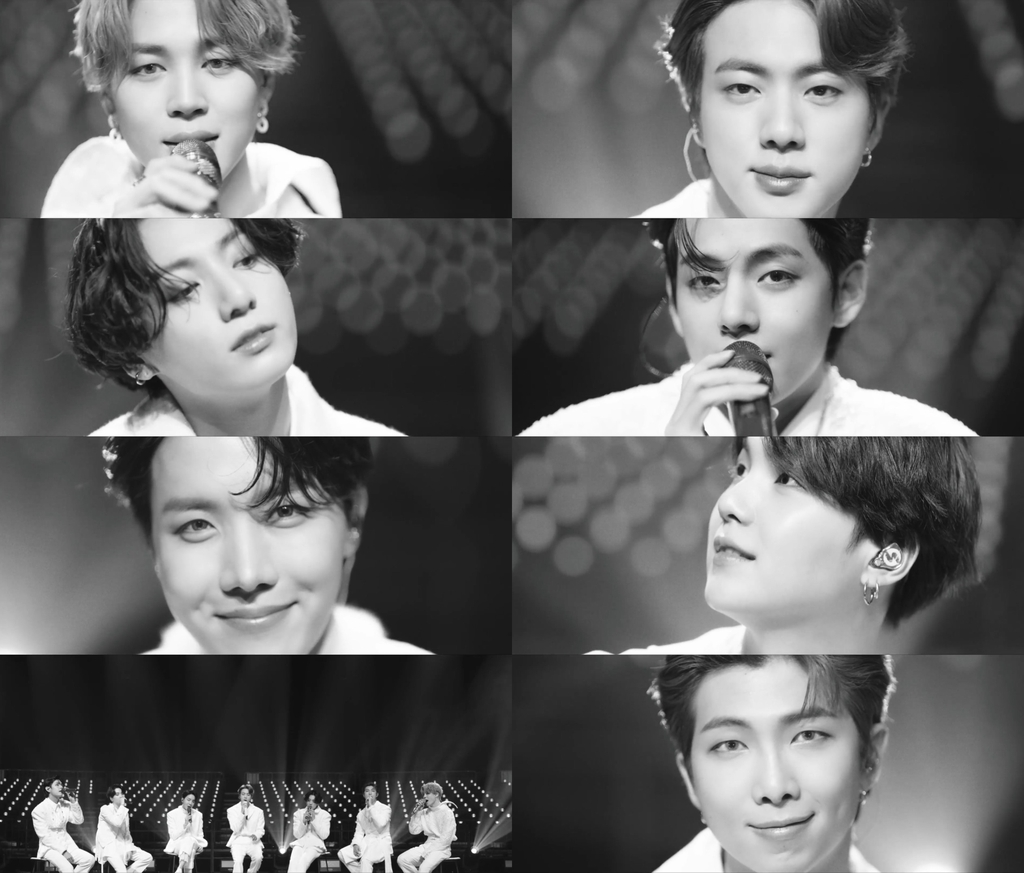 "Dis-ease" is another song that directly speaks about the pandemic. The old-school hip-hop track, in which J-Hope took part, captures the uneasiness that comes from an unexpected vacuum triggered by the pandemic.

"Skit" is a notable track that is an example of the candidness BTS is known for. The fourth track captures the conversations the seven members had after hearing they became the first South Korean musical to achieve the Billboard Hot 100 No. 1 milestone.

"Instead of having a concept, we turned on a mike and recorded unfiltered moments. You can vividly feel how we felt when we heard about the Hot 100 milestone," RM said.

The BTS member said that the band pondered over whether to include the pre-released "Dynamite" but decided to include it as the ending track to give off a positive vibe.

"The two songs have the same roots," RM said, referring to the lead track "Life Goes On." "In a situation where we cannot hold concerts, we wanted to wrap up the finale with the hopeful track, like a firework at the end of a concert." 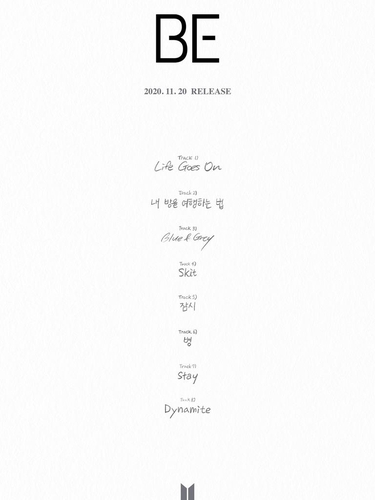 The septet voiced hope that the album would offer a message of hope to listeners around the world.

"We encountered a situation where everything came to a stop. I feel as if the past year was spent in confusion and in emptiness ... we tried to honestly put in that sentiment in the album," Jin said. "We felt it would be great for listeners to empathize and comfort each other and people around them."

The band will showcase "Life Goes On" at the 2020 American Music Awards on Sunday in Los Angeles.