SEOUL, Nov. 20 (Yonhap) -- Creditors' plan to sell the debt-laden Asiana Airlines Inc. to its bigger rival Korean Air Lines Co. faces a bumpy road as a local equity fund has filed an injunction against the plan.

On Tuesday, Asiana's main creditor, the Korea Development Bank (KDB), signed an investment agreement with Korean Air's parent Hanjin KAL Corp. to inject 800 billion won (US$723 million) into Hanjin KAL through a rights offering and convertible bonds. Hanjin KAL will then participate in a 2.5 trillion-won stock sale by Korean Air that will be used to acquire Asiana.

A day later, the homegrown equity fund Korea Corporate Governance Improvement (KCGI), representing an alliance that opposes the deal, filed an injunction against the KDB's plan to join Hanjin KAL's rights issue on the grounds that the share sale to the designated third party will damage the Hanjin Group holding firm's existing shareholders' value.

If the court accepts the fund's injunction request, the deal will fall apart and Asiana will be placed again under control of its creditors. 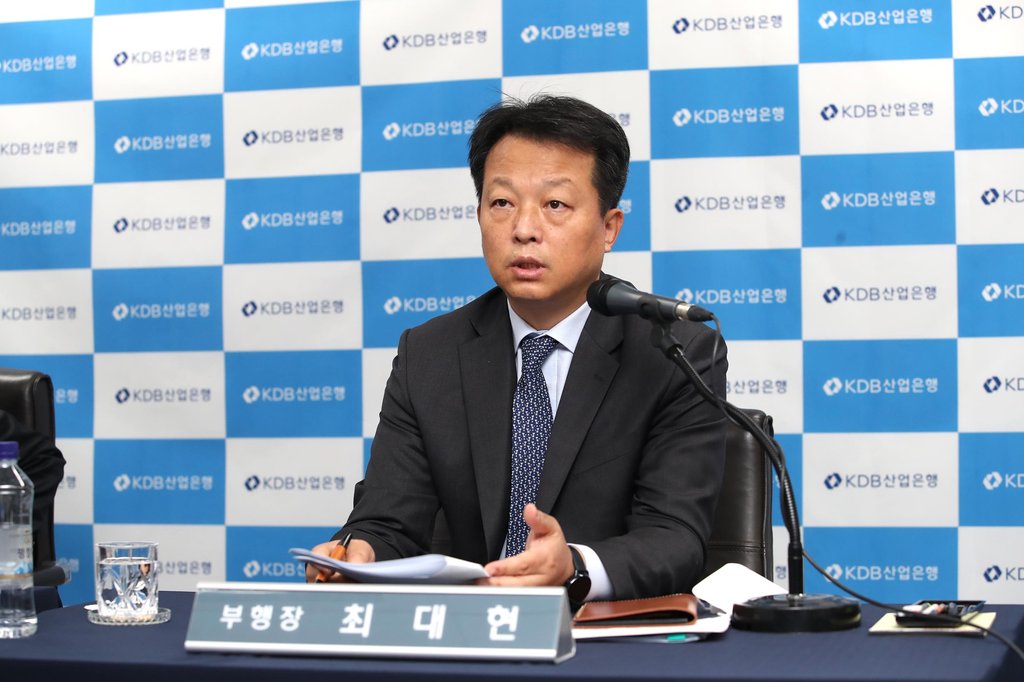 The KDB held an online press conference Thursday in what appears to be an effort to ease concerns over the deal's future and push forward the deal without delays or another rupture.

In the conference, KDB Executive Director Choi Dae-hyon said Hanjin KAL's planned share sale to the designated party is aimed at injecting money into the cash-strapped Asiana through Korean Air by the year's end.

Under the agreement also signed with Cho Won-tae, chairman of Hanjin KAL and Korean Air, the chairman will step down if the integrated company of the two airlines reports poor earnings under his leadership, the official said.

"Chairman Cho provided all of his (6.52 percent) stake in Hanjin KAL valued at 170 billion won as security (to creditors). The KDB will sell the stake and have him quit the chairman position if the combined airline fails to meet expectations in terms of performance and post-merger integration," Choi said.

The KCGI, the biggest shareholder in Hanjin KAL, expressed concerns that Hanjin KAL may suffer financial damage unless the deal goes as planned. But the holding firm won't have to pay compensation for any damage under the agreement, the director said.

"In case of any (of Cho's) violations of the agreement, the KDB will have the right to sell the chairman's stake in Hanjin KAL and the Korean Air stake worth 730 billion won to be purchased by Hanjin KAL in order to pay a 500 billion-won penalty for breach of contract and other compensation," he said.

Under the agreement, the chairman's younger sister Cho Hyun-min is required to quit her chief marketing officer position at Hanjin KAL. But she will continue to serve as CMO at logistics affiliate Hanjin Transportation Co. 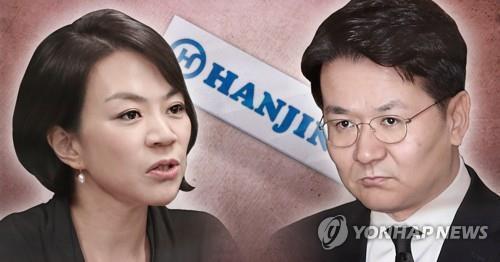 The KDB's comments come as the three-party alliance led by the chairman's elder sister Cho Hyun-ah, who gained global notoriety for the "nut rage" incident in 2014, took issue with the Asiana takeover plan.

Chairman Cho, 44, had sparred with Hyun-ah, 45, as she formed the alliance with the KCGI and local builder Bando Engineering & Construction Co. in January. The alliance argued that inviting a professional manager would improve Hanjin Group's management, financial status and shareholder value.

But the alliance failed to dethrone the chairman and has been widely expected to make another attempt at Hanjin KAL's shareholders meeting in March next year.

To seek economies of scale, Korean Air plans to raise 2.5 trillion won via rights offerings early next year. Of the proceeds, it will spend 1.5 trillion won to buy new shares to be sold by Asiana and 300 billion won worth of Asiana perpetual bonds.

The KDB will have a 10.66 percent stake in Hanjin KAL after investing the 800 billion won in the holding firm and is widely expected to help Chairman Cho and his related parties fend off offensives from an activist fund attempting to take control of Hanjin KAL.

"The KDB will not exercise the voting rights in favor of any single party. The bank will exercise the rights in a fair and transparent manner through a committee also attended by outside experts," Choi said.

Korean Air, currently the world's 18th largest by fleet, will become Asiana's biggest shareholder with a 63.9 percent stake if the acquisition is completed.

Meanwhile, KCGI on Friday demanded that Hanjin KAL hold an extraordinary shareholders' meeting to have the current board members take responsibility for the decision to acquire Asiana and select new directors. 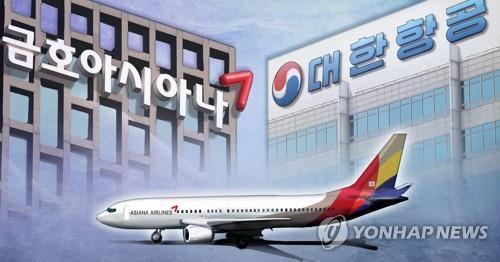