SEOUL, Nov. 20 (Yonhap) -- Foreign Minister Kang Kyung-wha will hold talks with Chinese Foreign Minister Wang Yi in Seoul next week, her ministry announced Friday, amid expectations the two sides will likely focus on bilateral relations and cooperation ahead of a leadership change in the United States.

The talks will take place on Thursday, a day after Wang arrives in Seoul for a three-day visit, according to the ministry. Wang will fly in from Japan after a two-day trip there. He last visited Seoul in December last year.

"The ministers will discuss issues of mutual concern, including bilateral relations in terms of high-level exchanges and cooperation in the fight against COVID-19; the situation on the Korean Peninsula; and other regional and international issues," the ministry said in a release.

Chief among them are likely to be discussions on efforts to arrange a visit to South Korea by Chinese President Xi Jinping and Seoul's push to host a trilateral summit with China and Japan.

Wang's visit comes as U.S. President-elect Joe Biden has pledged to strengthen America's alliance networks to restore its global leadership and keep an assertive China in check amid the rivalry between the world's two superpowers.

Wang was initially expected to visit Seoul last month, but he apparently delayed his trip, presumably due to a key Communist Party meeting late last month and the U.S. presidential election. 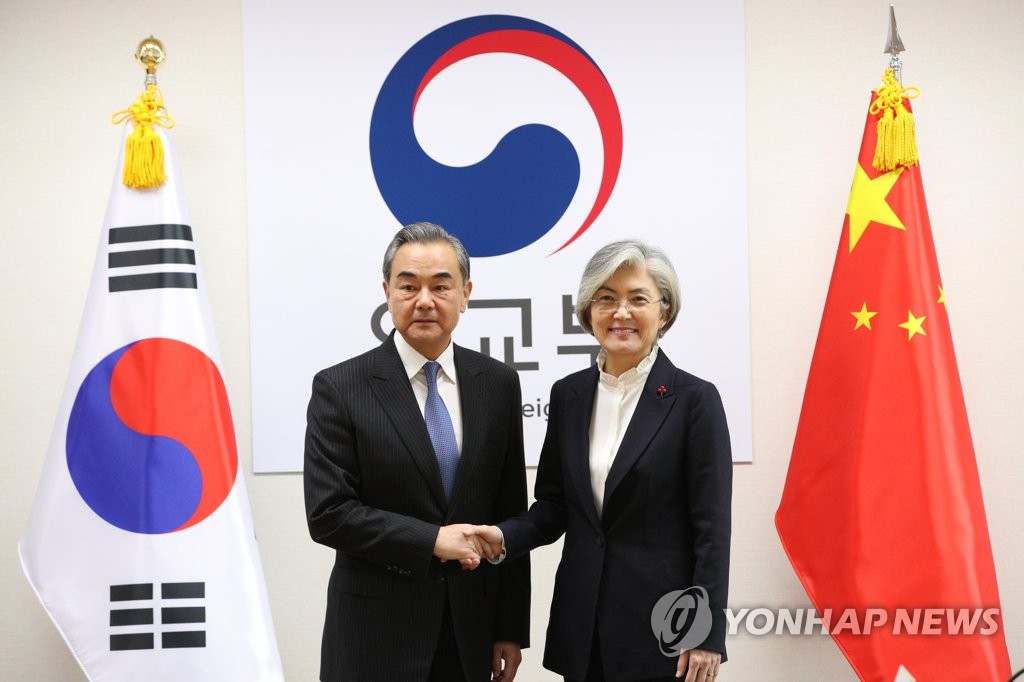 Foreign ministers of S. Korea, China to hold talks in Seoul next week

Foreign ministers of S. Korea, China to hold talks in Seoul next week