The Daegu District Court also ordered Wang to be banned from working at children-related facilities for eight years and to undergo 40 hours of a therapeutic program for his sexual misconduct.

The sentencing was based on the fact that Wang "denied his wrongdoing and pressed his victims to settle, causing them great pains," the court said.

Wang was arrested on May 2 on charges of raping a 17-year-old girl in February 2017 who was attending the gym he ran. He was also accused of sexually assaulting another underage girl from August 2019 to February this year.

Earlier this month, the prosecution requested a nine-year prison term for Wang.

The 32-year-old athlete won the silver medal in the men's under-73kg class at the 2008 Beijing Olympics. Earlier this year, the Korea Judo Association (KJA) decided to ban him for life from the association over sexual assault allegations. 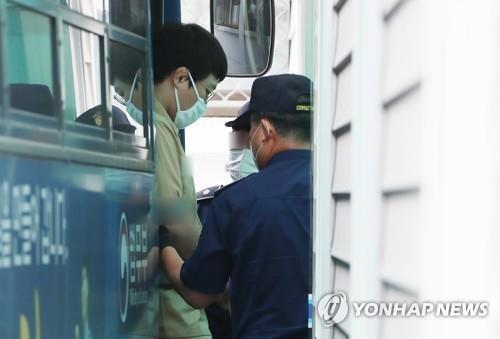