SEOUL, Nov. 22 (Yonhap) -- In their second duel in less than a week set for Monday, two staff aces will try to put their club on the verge of the South Korean baseball championship.

The NC Dinos and the Doosan Bears are deadlocked at two games apiece in the ongoing Korean Series. The best-of-seven contest will resume with Game 5 at 6:30 p.m. Monday at Gocheok Sky Dome in Seoul.

The Dinos will send left-hander Koo Chang-mo to the hill, and the Bears will match up with right-hander Chris Flexen. 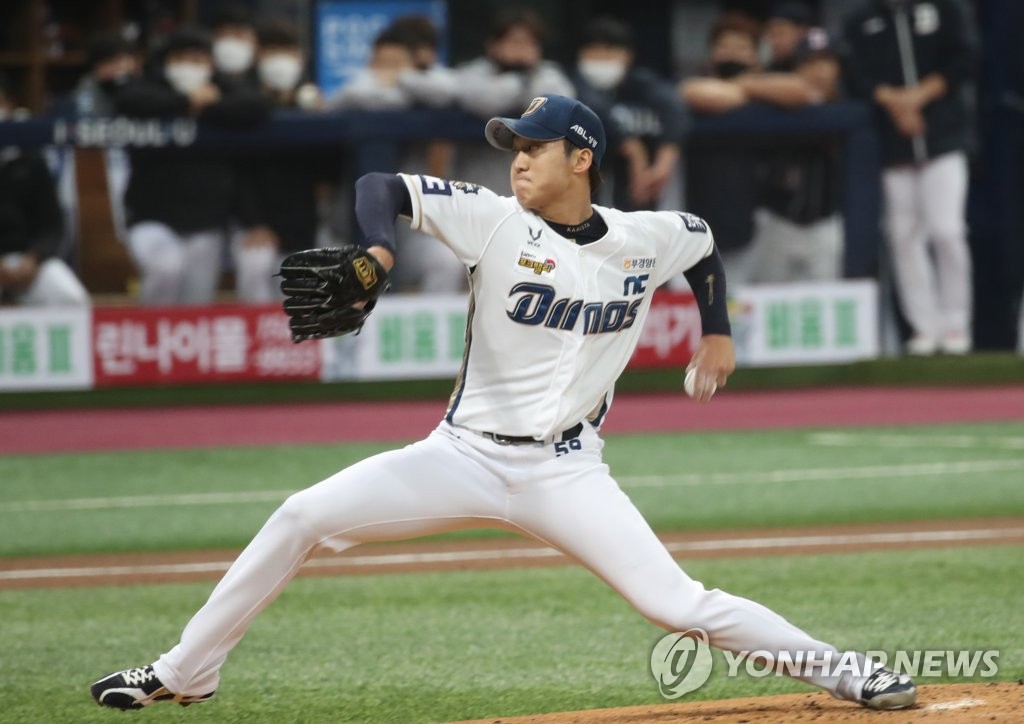 They both started in Game 2 last Tuesday, with the Bears hanging on for a 5-4 victory. Flexen earned the win after holding the Dinos to a run on five hits in six innings. Koo was charged with three runs -- one unearned -- on seven hits in six innings in the loss.

In that game, Koo gave up a solo home run to Kim Jae-ho, the hottest hitter for either team in the series who's batting 7-for-12 with six RBIs. Oh Jae-il and Jung Soo-bin had two hits apiece off Koo.

The 23-year-old left-hander was one of the most dominant starters in the Korea Baseball Organization (KBO) in the first half of the regular season, with a 9-0 record and a 1.55 ERA in his first 13 starts. The Dinos shut him down in late July to give him a breather but then discovered inflammation, followed by a fracture, in his left arm. Koo was sidelined for three months and came back for a relief appearance and a start in the final week of October.

Koo had some shaky control in the first two innings of Game 2 before settling down in later innings. 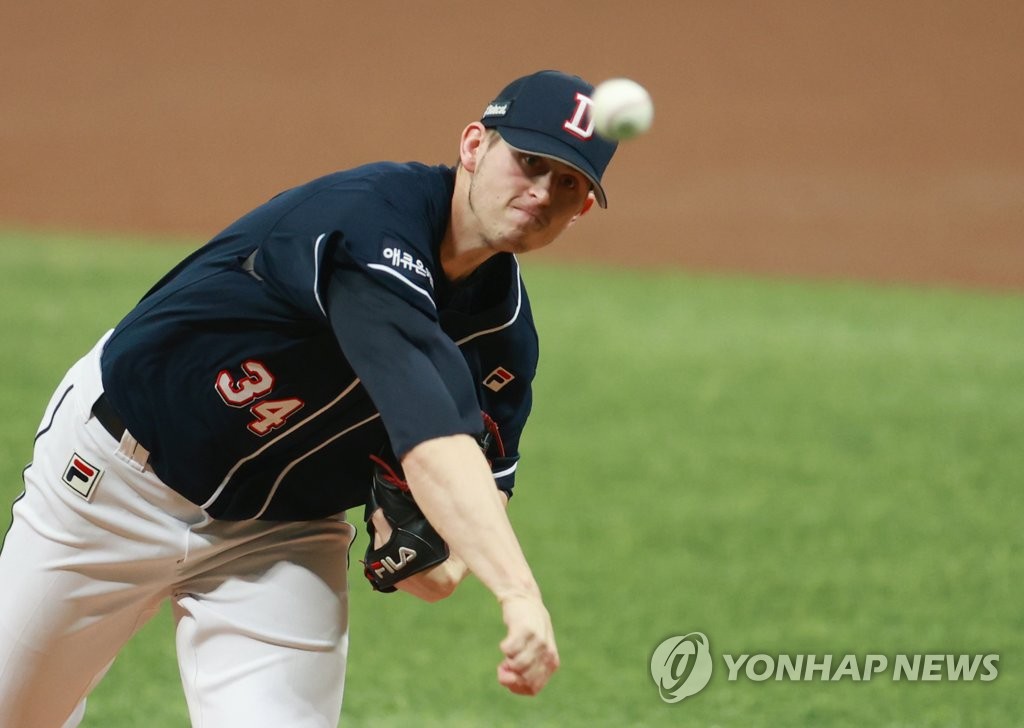 Flexen, after an injury-plagued regular season, has been excellent in the postseason. The American was voted the MVP of the previous series against the KT Wiz, after tossing 10 1/3 innings of two-run ball with 13 strikeouts in two games. In the opening round against the LG Twins, Flexen fired six shutout innings and struck out 11 in his lone start.

Flexen had a comebacker go off his right knee and left arm during Wednesday's start but didn't suffer any injury.

In Game 2, NC's cleanup Yang Eui-ji went 2-for-3 against Flexen, but no other hitter had more than one hit.

In 37 previous Korean Series, teams have been tied at two games nine times. And Game 5 winners went on to win the title on seven occasions.