SEOUL, Nov. 22 (Yonhap) -- The number of daily new coronavirus cases in South Korea exceeded 300 for the fifth straight day Sunday due to sporadic cluster infections across the country as health authorities consider enforcing tougher antivirus curbs to prevent another wave of the pandemic. 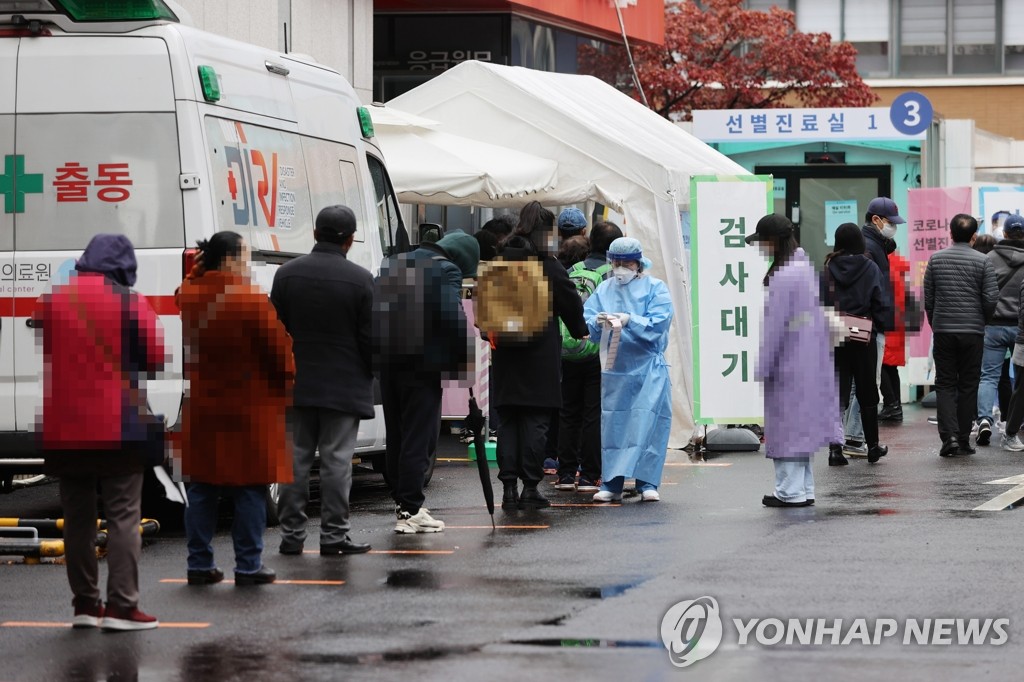 However, health authorities said they are seriously considering elevating the social distancing scheme in the capital region to the next level as the virus infections there show no signs of letup. 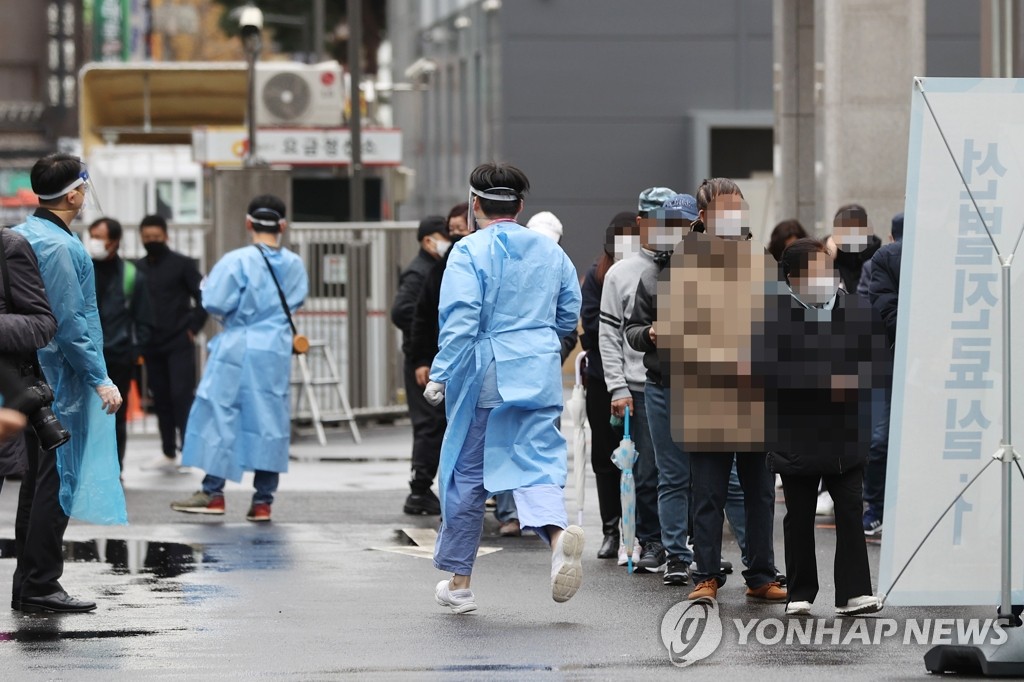 Among virus clusters, a cram school in Noryangjin, southern Seoul, added seven more cases, bringing the total to 76, while a high school in eastern Seoul reported 25 additional cases, raising its total to 34.

The number of cases connected to a student gathering at Yonsei University in western Seoul increased by five to 24. 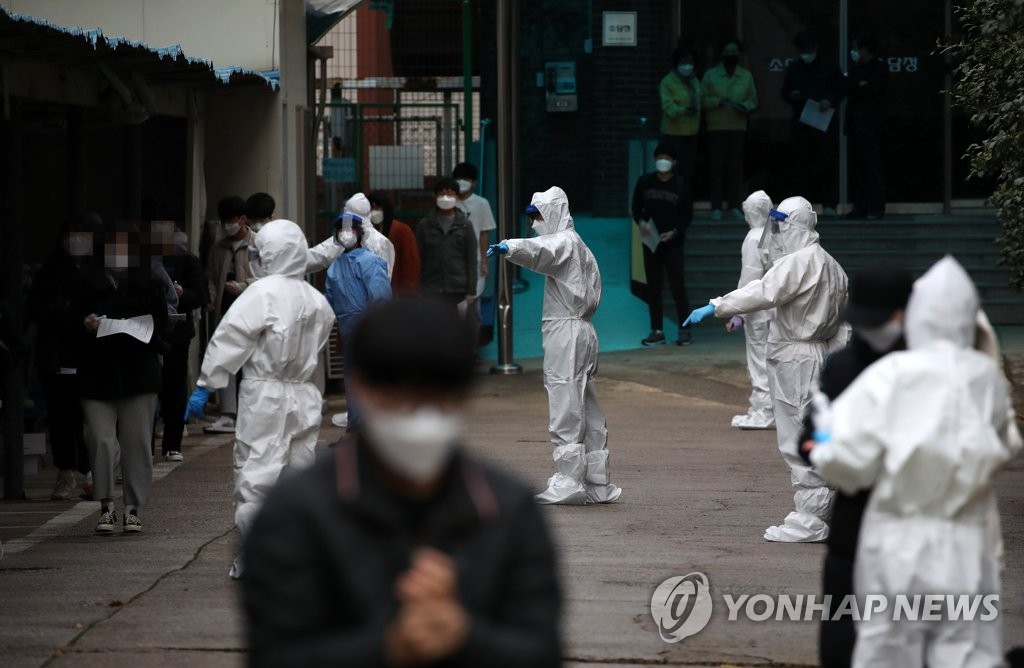 The country reported two additional deaths from COVID-19, raising the total to 505. The fatality rate was 1.64 percent.

However, more deaths could be reported down the road as the number of seriously or critically ill COVID-19 patients came to 87, with 78 of them aged 60 or older.