SEOUL, Nov. 22 (Yonhap) -- Back from international duty marred by coronavirus infections for his teammates, Tottenham Hotspur star Son Heung-min has claimed the sole possession of the Premier League scoring lead.

Son netted a fifth-minute opener for a 2-0 victory over Manchester City at Tottenham Hotspur Stadium in London on Saturday (local time). 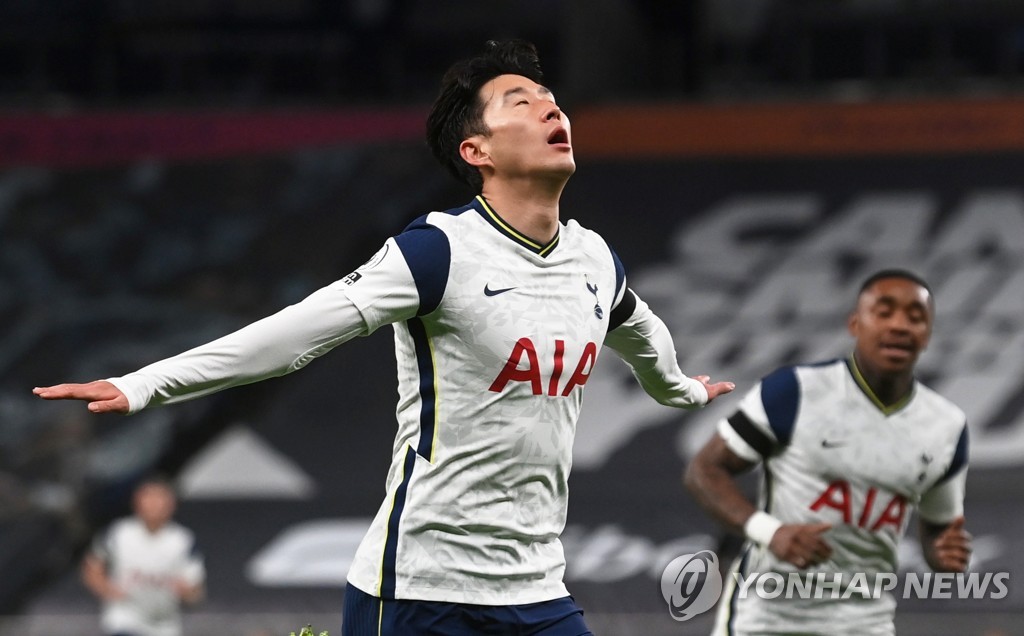 It was his ninth goal in nine matches in the league this year, putting Son ahead of three players -- Dominic Calvert-Lewin of Everton, Mohamed Salah of Liverpool and Jamie Vardy of Leiester City.

Son, the Premier League's Player of the Month for October, also has two goals in the UEFA Europa League this season, giving him 11 in 14 contests. He had 18 goals in 41 matches last season, and his career high is 21 in 47 appearances in the 2016-2017 season. 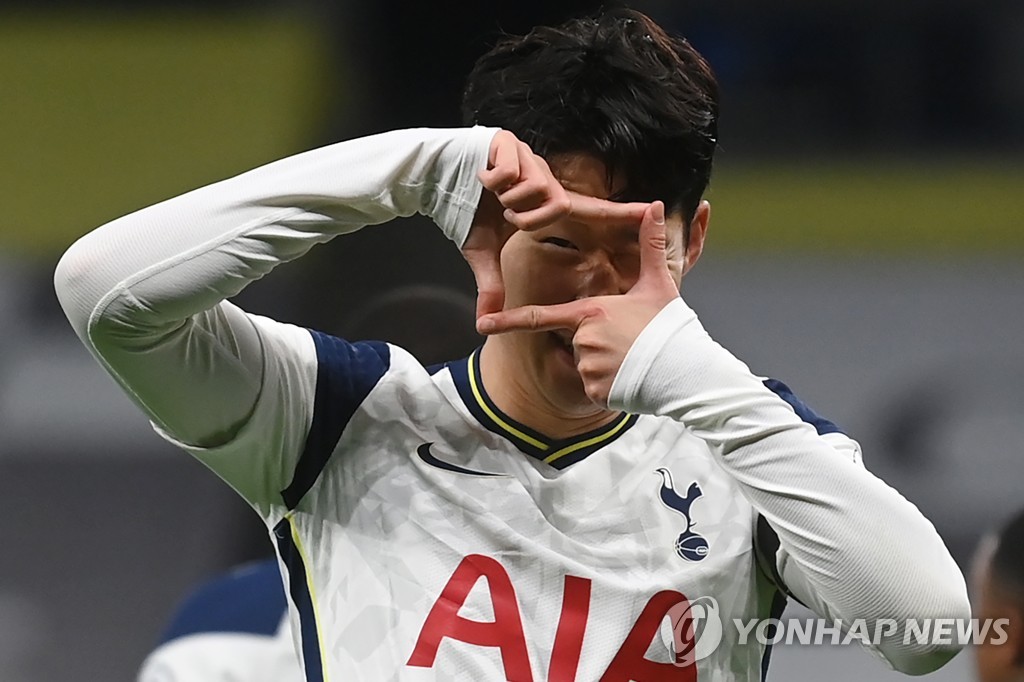 The goal snapped a four-match drought for Son, whose last Premier League goal had come against Burnley on Oct. 26.

This was Son's first match back with the Spurs since playing in two friendly matches for South Korea in Austria earlier this month. During South Korea's stay in Vienna, six players and two staff members tested positive for COVID-19. Son tested negative and Tottenham sent a chartered flight to Austria to bring their prized forward back to London.

And Son wasted little time making his presence felt, as he scored just five minutes in. Son snuck behind the defense to take a lob pass from Tanguy Ndombele and then scored with his left foot for a 1-0 Tottenham lead. Giovani Lo Celso made it 2-0 in the 65th.

Tottenham, winners of four straight, sit atop the table with 20 points, two ahead of Chelsea. Leicester City also have 18 points, but they have one match in hand on Tottenham. 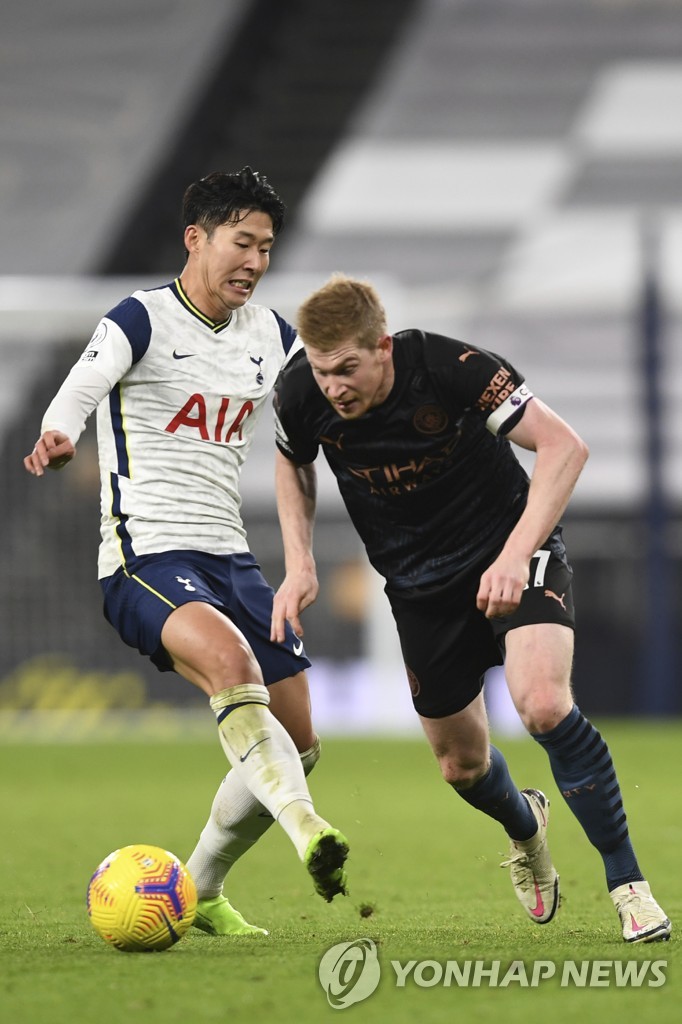