SEOUL, Nov. 22 (Yonhap) -- A major South Korean labor union has decided to stage a large-scale strike this week against what it describes as anti-labor law revision, sources said Sunday, amid the country's struggle to curb the new coronavirus.

The conventions are aimed at improving workers' rights here, but the group has bristled at the proposed bill's clause that prohibits laborers from occupying key facilities at the workplace when staging a strike.

The planned group action will be the first general strike organized by the KCTU this year. The group, the more militant one of the nation's two largest labor umbrella organizations, held two such strikes last year, in March and July.

It is yet unclear how many union members will take part in the walkout, but the group is expected to face some public criticism for the movement, which is planned at a time when sporadic cluster infections continue to dampen the country's fight against COVID-19.

Under the Level 1.5 social distancing rules currently in place in the greater Seoul area, rallies, music concerts and festivals are limited from having over 100 attendants.

Authorities are considering enforcing tougher antivirus curbs as the virus cases show no signs of a letup. 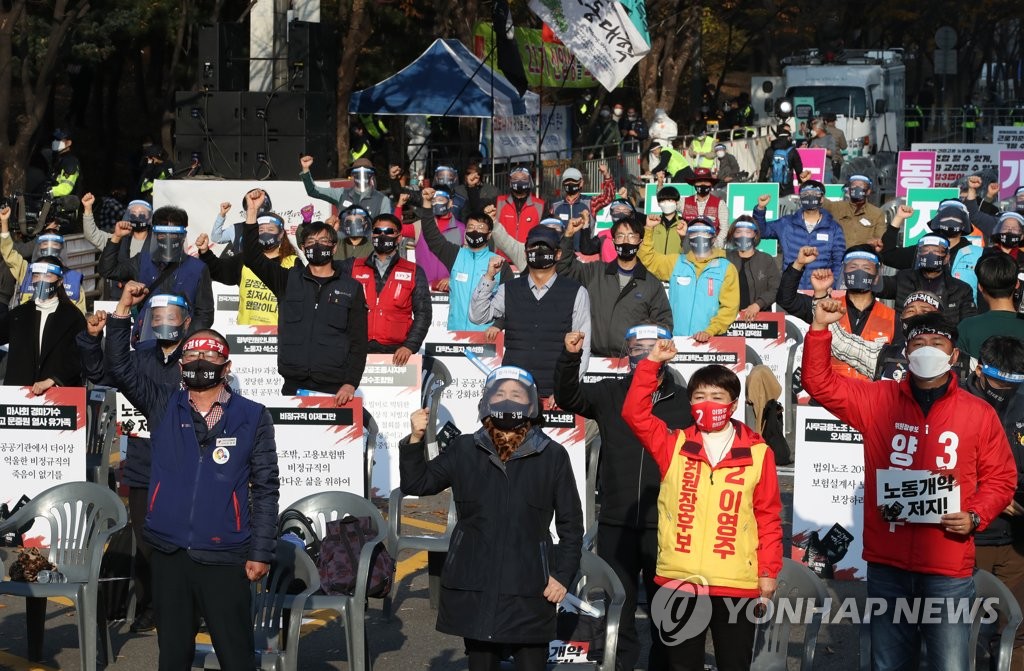