SEOUL, Nov. 22 (Yonhap) -- Ten more service members and a civilian employee working for the military have tested positive for the new coronavirus, the defense ministry said Sunday, as sporadic infections continue at barracks across the country.

In the southern city of Jinhae, three Navy officers and an enlistee have tested positive after they came into contact with another officer who was earlier confirmed to have been infected with COVID-19, according to the ministry.

In Pocheon, north of Seoul, three Army soldiers and a civilian employee have tested positive for the virus after another service member at their unit contracted the virus.

A full-time reservist soldier in Gwangju, Gyeonggi Province, and an officer in Gwacheon, just south of the capital, have also tested positive for the virus after coming into contact with a family member and a colleague who were infected with the virus.

Among airmen, an officer has tested positive for the virus while in quarantine after a cluster infection was reported at an Air Force base in the central city of Seosan.

The total number of virus cases among the military population rose to 230. 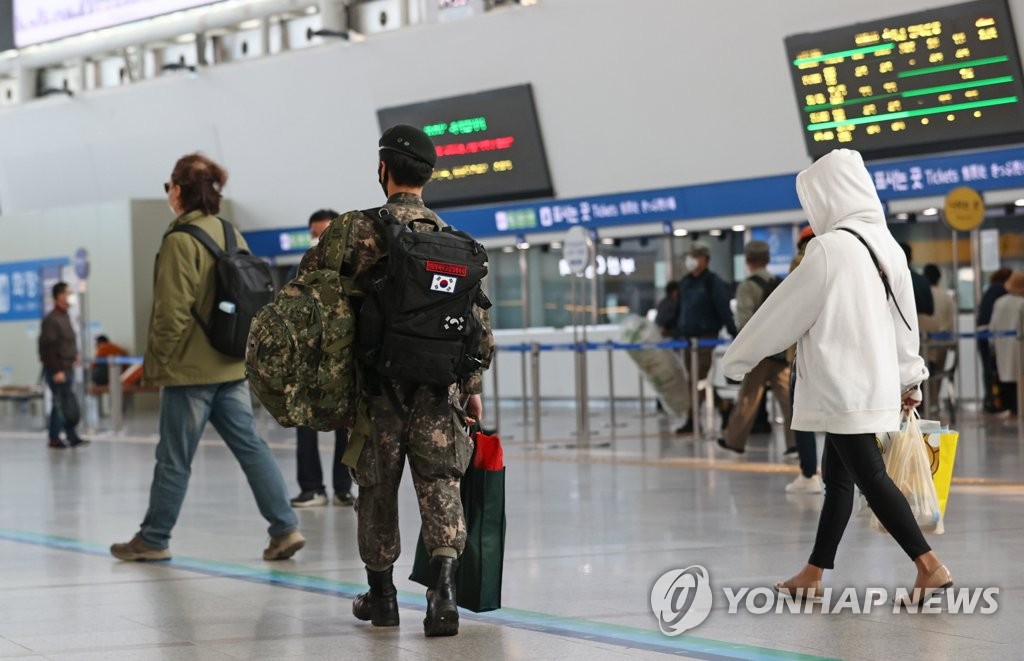