(ATTN: UPDATES with more comments by health minister in para 5-6, 20)

SEOUL, Nov. 22 (Yonhap) -- South Korea on Sunday decided to enforce tougher distancing regulations for the greater Seoul area and the southwestern region as health authorities try to stem a resurgence of the novel coronavirus.

The government announced that the Level 2 distancing, the third-highest in the country's five-tier COVID-19 alert system, will be applied to the nation's capital area, while North and South Jeolla Provinces will be under the Level 1.5 distancing for two weeks starting Tuesday.

Health authorities started to enforce the Level 1.5 distancing from Thursday for the greater Seoul area, home to half of the country's population, but as virus infections in the region showed no signs of a letup, they decided to adopt tougher antivirus curbs.

"It's a very serious and grave situation," Health Minister Park Neunghoo said, noting the third wave of the virus outbreaks is in progress in earnest.

He said one-third of all public servants and employees of public organizations and public companies will begin to work from home on Tuesday.

He also said nonessential gatherings in the public sector will be either canceled or delayed while asking people in the greater Seoul area to cancel all appointments and gatherings and refrain from going out, if possible.

South Korea's daily caseload has stayed in the triple digits since Nov. 8, with the figure exceeding 300 for the fifth consecutive day on Sunday with 330 cases. 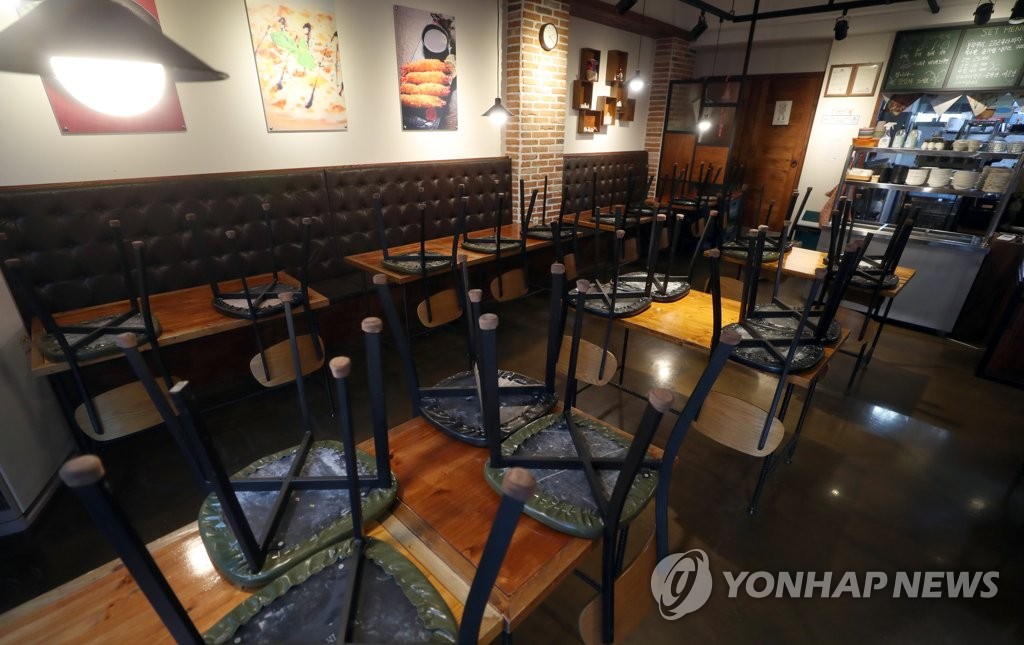 "Fast spread of the virus is in progress, and because the virus reproduction rate is already over 1, it is likely that the number of virus patients will increase in the greater Seoul area," the authorities said.

Under the Level 2 scheme, gatherings involving 100 or more people are banned, while some virus-prone facilities, including nightclubs, have to suspend their business.

Indoor sports facilities, such as gyms and billiard clubs, are required to halt their operations after 9 p.m. Public facilities will need to meet an admissions cap of 30 percent.

Sports events are allowed to have only 10 percent of their maximum capacity.

The city of Suncheon in South Jeolla Province and the county of Hadong in South Gyeongsang Province have already been enforcing Level 2 social distancing as a precautionary move.

Gwangju, the biggest city in the region, has already been under Level 1.5, the fourth-highest in the country's social distancing system, since Thursday, but health authorities pointed out that COVID-19 appears to be spreading fast across North and South Jeolla provinces.

"For the Jeolla region, the daily average of virus cases in the recent one-week period stood at 27.4, which is close to its Level 1.5 criteria of 30 cases," the authorities said.

Meanwhile, Park said South Korea's Ministry of Food and Drug Safety will participate in the World Health Organization's prequalification as a reviewer of COVID-19 vaccines whose companies filed for emergency use authorization with the global health body.