The shelling on Nov. 23, 2010, of Yeonpyeong Island, a front-line island near the Yellow Sea border, marked the North's first attack on South Korean territory since the 1950-53 Korean War. Two Marines and two civilians were killed.

"True peace needs to be supported by strong power," Suh said in a commemorative speech during a ceremony held at a national cemetery in the central city of Daejeon. "We will establish a strong defense posture and protect the Korean Peninsula's peace and prosperity in order not to repeat the past pain."

The Marine Corps said it will turn one of the artillery emplacements at the Yeonpyeong unit used to fire back in response to the North's attack into an exhibition hall for security education by next month.

"As the then chief of the Yeonpyeong unit, I never forgot for a moment that day ten years ago and will never do so in the years to come," Marine Corps commandant Lt. Gen. Lee Seung-do said, paying tribute to the sacrifice of the late service members. 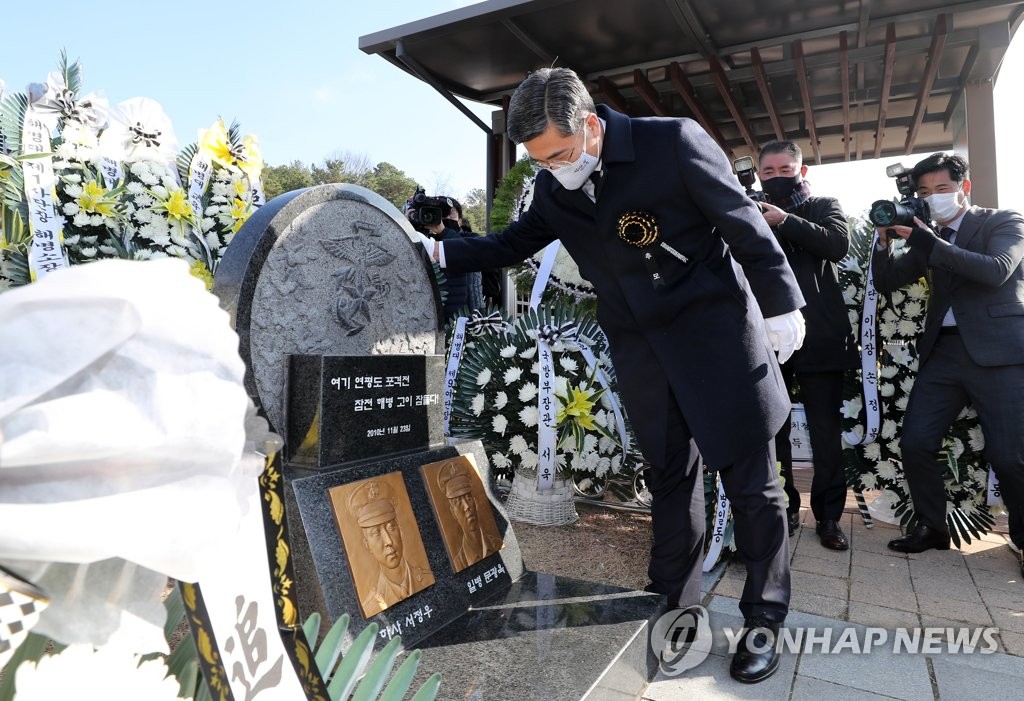