Having earned a master's degree and a Ph.D. from the University of Tokyo, he has long conducted academic research on Japan, Cheong Wa Dae spokesman Kang Min-seok said. Earlier, he studied Korean history at Seoul National University.

He also used to co-head the South Korea-Japan Parliamentarians' Union.

On the occasion of the launch of Japan's Yoshihide Suga administration, Kang is expected to help produce a breakthrough in efforts to resolve pending bilateral issues and establish forward-looking relations on the basis of his "expertise, experience and high-level networks," the spokesman said in a statement. 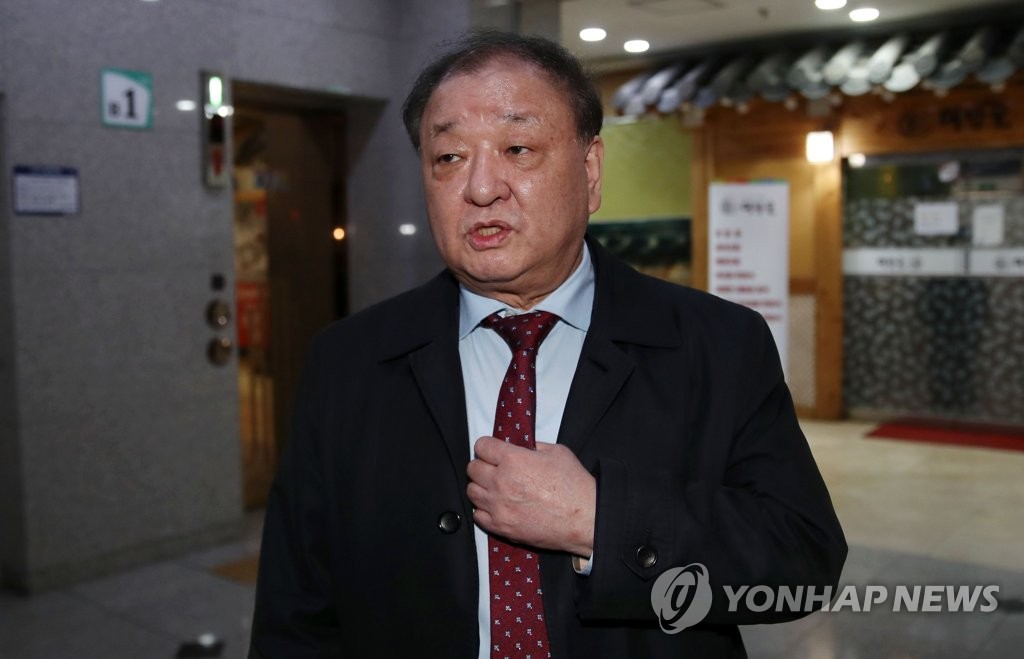 Moon's choice of Kang, who has a wide web of personal networks with Japan though he is not a career diplomat, reflects the president's will to normalize Seoul-Tokyo relations in cooperation with the Suga government, according to a Cheong Wa Dae official, who spoke to reporters on the condition of anonymity.

"It seems that the president picked me because I am a Japan expert," Kang told Yonhap on the phone.

"The government has a strong will to normalize relations between South Korea and Japan. The government will have a plan and I will deliver it well to Japan," he added.

Kang became a lawmaker in 2004 after working as a professor at Pai Chai University in Daejeon, 160 kilometers south of Seoul.

He is to replace Nam Gwan-pyo as Seoul's top envoy in Tokyo. Nam assumed the post in May 2019.