SEOUL, Nov. 23 (Yonhap) -- K-pop megastar BTS has bagged two prizes at the 2020 American Music Awards (AMA) and put on its first televised performance of "Life Goes On" in a purple-lit stadium.

The septet won the favorite duo or group in pop/rock for the second straight year and the favorite social artist for the third year in a row at the 2020 AMA show held at Microsoft Theater in Los Angeles on Sunday night (U.S. time).

Other nominees who competed for the favorite duo or group in pop/rock were the Jonas Brothers and Maroon 5. For favorite social artist, BTS vied with Billie Eilish, Ariana Grande, and K-pop acts EXO and NCT 127. 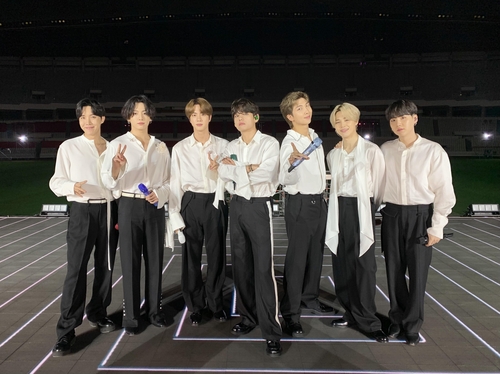 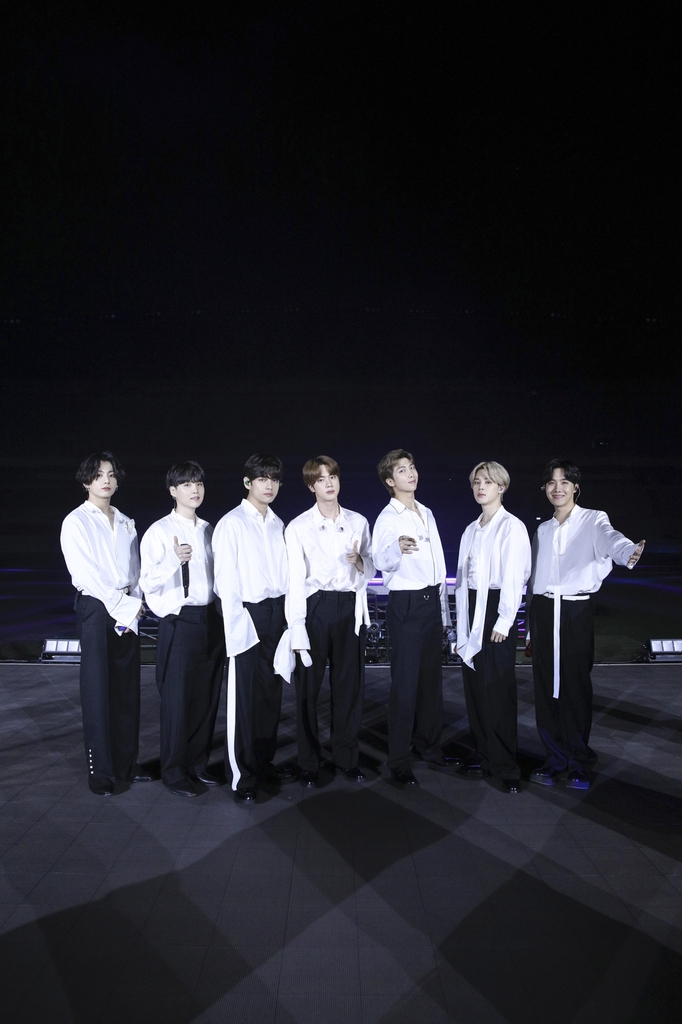 While BTS didn't join the ceremony in the U.S., it thanked its dedicated fan base, better known as ARMY, in a video message for their support in the fan-voted show.

"We got this title last year too, so thank you for your continuous support, love, especially in a year so full of uncertainties and doubts," RM said, referring to the favorite duo or group in pop/rock win.

"Thank you again for this precious award. Love you ARMY," V chimed in.

BTS then appeared at the Seoul Olympics Stadium in southeastern Seoul to put on its first televised performance of "Life Goes On," the lead track for its latest album "BE" released Friday. The stadium, where the band always begins and ends its world concert tours, was shimmering in purple as ARMY bombs, or light sticks used by fans, filled the seats.

The band's seven members -- including Suga who had been sitting out from promotional activities following a shoulder surgery -- appeared in black-and-white outfits singing the new ballad.

The septet then went to perform its smash hit "Dynamite" in pastel-colored silk suits.

BTS said it wants to share a message of hope during the difficult times the world is going through amid the pandemic with its new album.

"In the middle of this, we want to remain as a group that brings comfort to the world through music," J-Hope said after receiving Favorite Duo or Group - Pop/Rock. 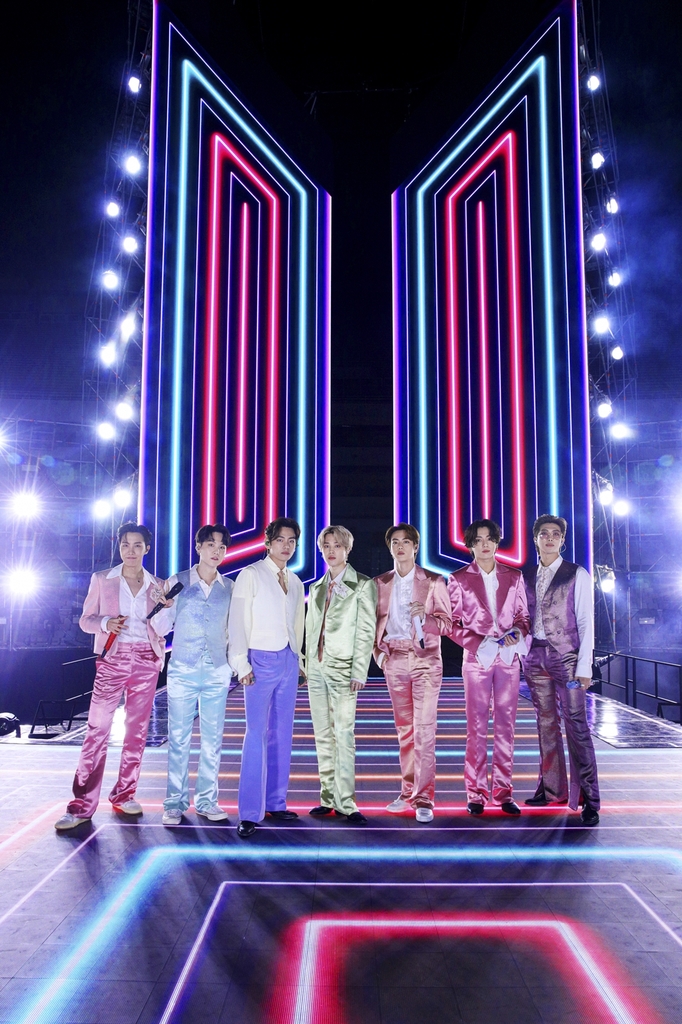