(ATTN: UPDATES with comments from KDCA chief in paras 9-11)

SEOUL, Nov. 23 (Yonhap) -- Prime Minister Chung Sye-kyun said Monday that the government was currently at the last stage in negotiations with COVID-19 vaccine developers to purchase coronavirus vaccines and will soon report the progress of the talks to the public.

"Following recent news of breakthroughs in COVID-19 vaccine clinical trials by global vaccine developing companies, the public's interest in the government's vaccine procurement readiness has gone up," Prime Minister Chung Sye-kyun said during a vaccine procurement-related government meeting in Seoul. "We will soon be able to report on the efforts and the progress by the government."

South Korea plans to purchase 10 million doses through the global vaccine supply platform COVAX Facility, and another 20 million through separate negotiations with vaccine companies, according to health ministry officials. 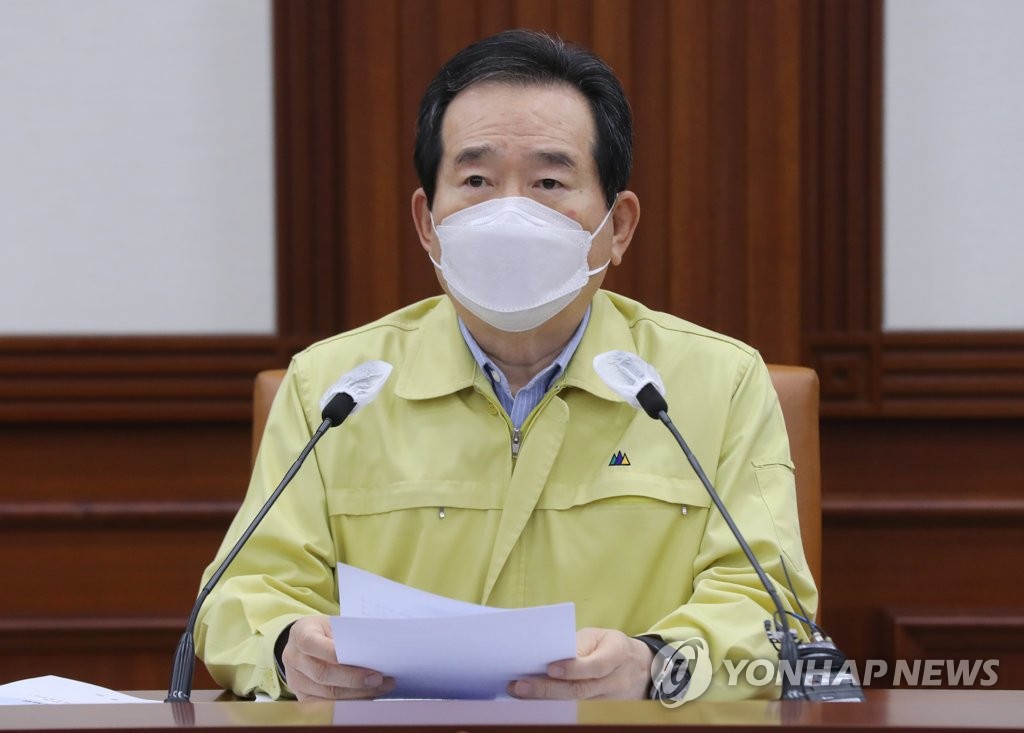 The government's goal is "to secure enough vaccines at the right moment," he said.

But there have been "some misunderstandings and concerns" related to the government's vaccine procurement efforts, as officials were unable to disclose information during the course of the negotiations with individual companies, he added.

The prime minister ordered the officials to do their best in negotiations with individual companies "which are currently in the final stage" and report the results to the public transparently as soon as deals are closed.

He also instructed state agencies to consult with each other so as to allow smooth budget-related follow-up measures, such as prepayments, following deals with vaccine developers.

The meeting was attended by the foreign and health ministers, heads of the Korea Disease Control and Prevention Agency (KDCA) and the Korea Food and Drug Administration, as well as vice ministers from the finance and science ministries.

KDCA chief Jeong Eun-kyeong said during a press briefing that the government plans to announce the type of vaccine it is currently seeking to purchase and its volume in early December.

"We are at the stage of reviewing contract details with a certain vaccine producer while still negotiating the terms of purchase with another company," Jeong said.

Jeong also assured people that the government "will be able to secure 30 million doses of vaccines" and that it was currently discussing procuring an additional amount of vaccines.