Lee said the ministry will seek close consultation with the incoming Biden administration to "restart the Korean Peninsula peace process," the ministry said in a press release after the meeting.

He also proposed holding regular meetings with business leaders to maintain communication in preparation for possible cross-border cooperation in the post-COVID19 era.

"The government plans to create an environment for economic cooperation, including overcoming risks, and to prepare for projects, such as allowing individual tours to North Korea, reconnecting railways and resuming the Kaesong Industrial Complex, and to discover and push ahead with very small but reciprocal projects between the two Koreas," Lee said. 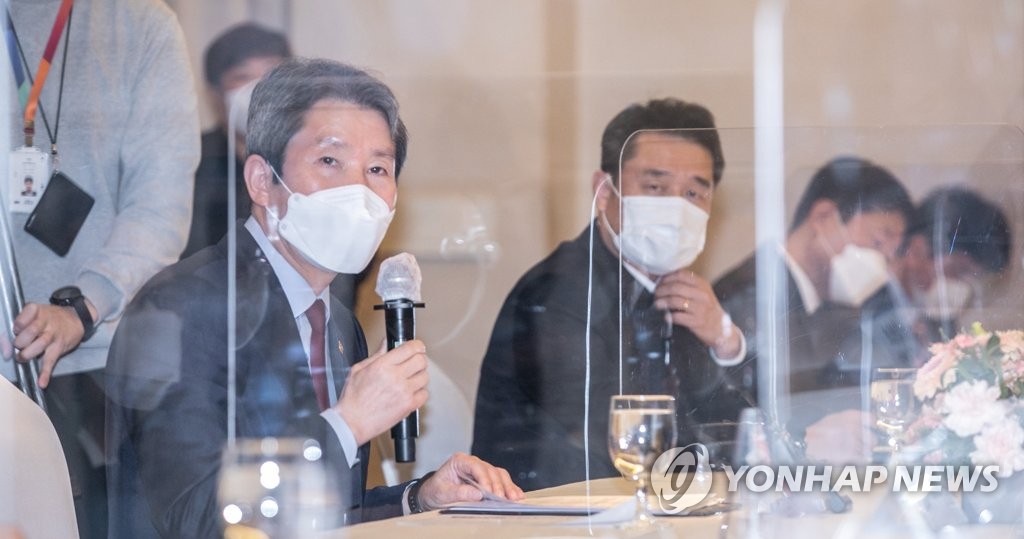 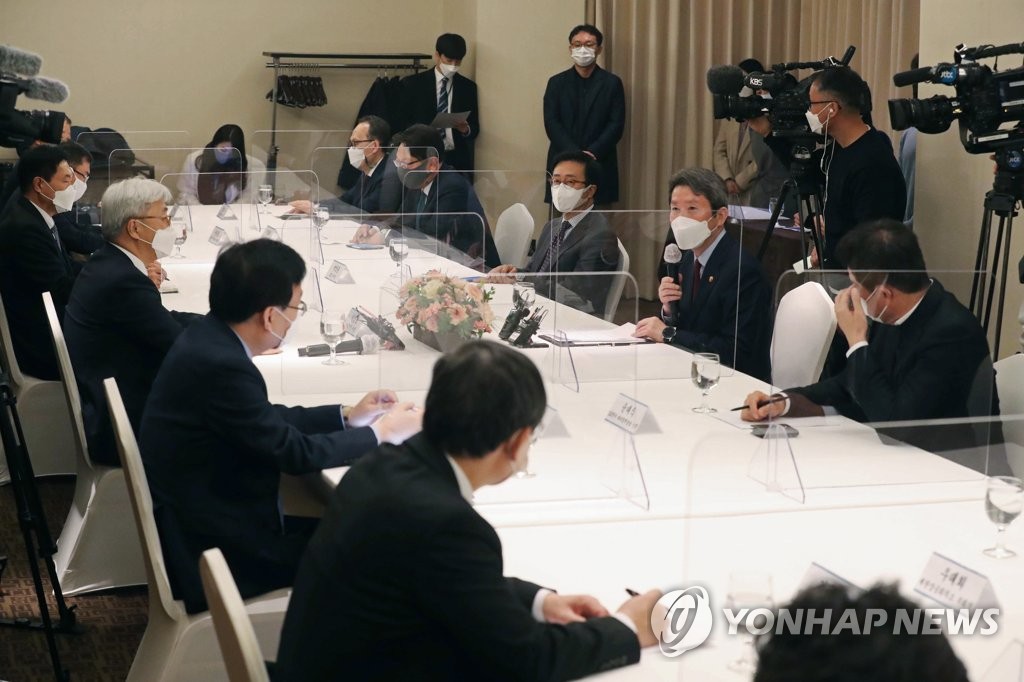