SEOUL, Nov. 23 (Yonhap) -- Google Inc. said Monday that it will postpone enforcing a 30 percent commission on in-app purchases of digital content from its Play Store from next January to next September.

Under the new policy set to be adopted in late September, Google plans to take a 30 percent commission on all digital content purchases by users from app developers. 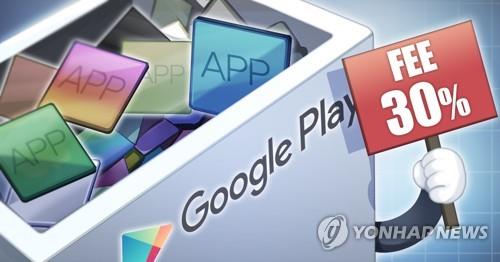 While Google has taken a 30 percent cut for all in-app purchases on the Play store through its billing system, some apps have circumvented the rule by using other systems, such as direct credit card payments.

The National Tax Service earlier said it will consider various measures to impose taxes on Google's income from the fees and will closely monitor the tech giant's revenue in the domestic application market.