The three statements were issued late last week after the South Korea-ASEAN summit, the ASEAN Plus Three summit involving South Korea, China and Japan, and the East Asia Summit took place from Nov. 12-14, all via video links.

The statements noted progress in the peace process on the peninsula, reiterated the importance of "sustainable" dialogue and called for the implementation of 2018 peace agreements between the two Koreas and between the United States and the North.

"We stressed the importance of continued sustainable peaceful dialogue amongst all concerned parties in order to achieve peace and stability in a denuclearized Korean Peninsula," the chairman's statement of the ASEAN Plus Three summit read.

"We urged all parties concerned to resume peaceful dialogue and continue working constructively towards the goals of lasting peace and stability in a denuclearized Korean Peninsula," it added. 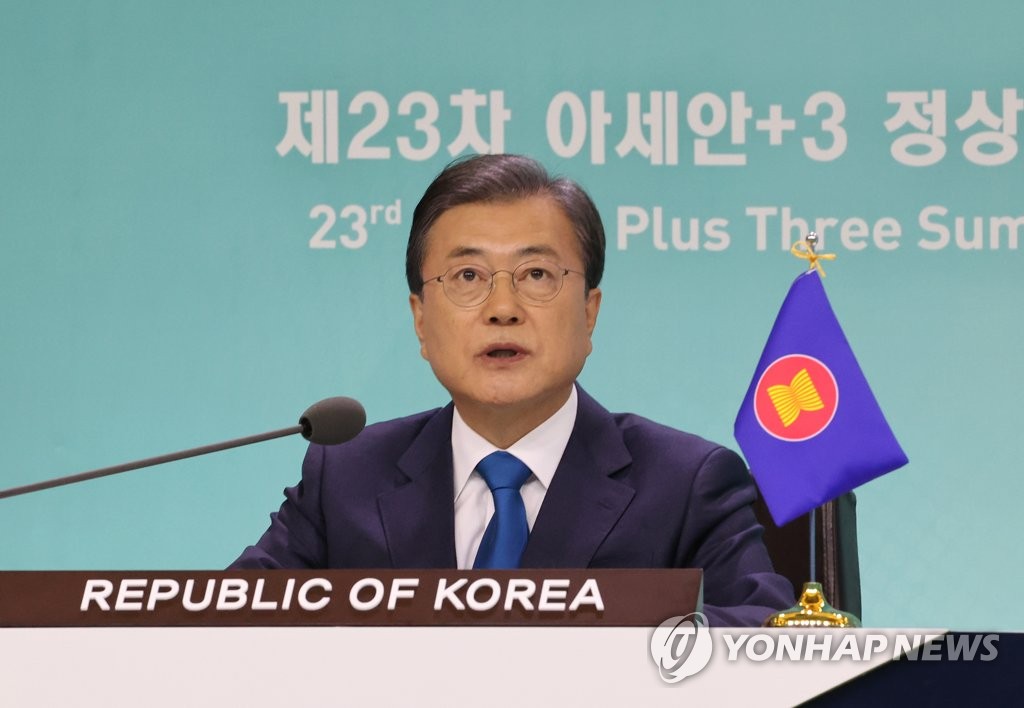 The virtual summits came as South Korea has been pushing to resume dialogue with the North, which has stalled amid a protracted deadlock in nuclear negotiations between Washington and Pyongyang.

The statement also reiterated the summit's commitment to the full implementation of U.N. Security Council resolutions and noted the importance of international efforts to bring about the "complete, verifiable and irreversible" denuclearization of the Korean Peninsula.

The chairman's statement of the South Korea-ASEAN summit noted that ASEAN leaders welcomed Seoul's New Southern Policy Plus, an upgraded version of its signature regional foreign policy initiative designed to deepen economic and diplomatic ties with the ASEAN and India.