Jake Sullivan, a senior policy adviser to former Secretary of State Hillary Clinton, was tapped the new national security adviser, while Alejandro Mayorkas, former deputy secretary of homeland security, was named the new head of the Department of Homeland Security, according to Biden's transition team.

"Under the Biden-Harris administration, American national security and foreign policy will be led by experienced professionals ready to restore principled leadership on the world stage and dignified leadership at home," the team said in a Twitter message. 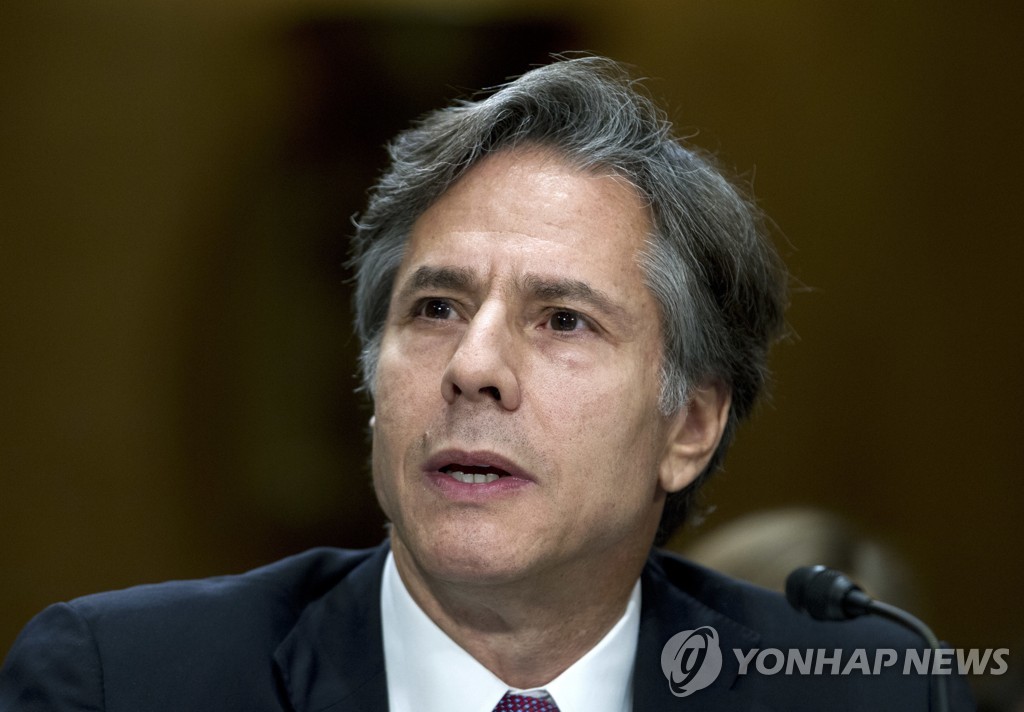 Having worked closely with Biden, Blinken is widely expected to help bring discipline to U.S. global relations and alliances.

"Blinken is Joe Biden's top foreign policy adviser and has been in the inner circle of national security decision-making during the last two Democratic administrations under Barack Obama and Bill Clinton," said Patrick Cronin, chairman for Asia-Pacific security at the Hudson Institute.

He will seek to "preserve and adapt the existing liberal, rules-based system through both effective multilateral institutions and strong allies around the globe," he added.

Cronin also noted that Blinken, once formally appointed, will likely seek to strengthen his country's alliances, including that with South Korea, while pursuing a more coordinated approach toward the denuclearization of North Korea.

"North Korea will be an important issue, and I expect the Biden national security team, including Tony Blinken, to pursue a deliberate, detailed, diplomatic process to shore up international support from China and others, and to engage Kim Jong-un with an ROK-US united front," he said by email, referring to South Korea by its official name, the Republic of Korea.

"Koreans should see him as a return to a more traditional, internationally active but less confrontational brand of foreign policy," add Cronin.

Just prior to the Nov. 3 presidential election, Blinken served as a member of Biden's three-member foreign policy advisory group, which included former Principal Deputy Under Secretary of Defense for Policy Brian McKeon.

"We would undertake a principled approach to the North Korea challenge, and work in a close coordinated campaign with our treaty allies in Japan and Korea, as well as working with the People's Republic of China toward what we think is a common goal that everyone shares -- denuclearized North Korea and ensuring peace and prosperity in the region," McKeon said earlier in an interview with Yonhap News Agency.

Biden is set to be inaugurated on Jan. 20. He has so far named White House staff members, including his chief of staff, to be confirmed and appointed as soon as possible after he takes office.