BUSAN, Nov. 24 (Yonhap) -- A fire broke out at an apartment building in the southeastern city of Busan on Tuesday, leaving one dead and 23 injured, fire authorities said.

The fire started at around 6:50 a.m. on the 12th floor of a 24-story apartment building in the northern ward of Geumjeong in the city, some 450 kilometers southeast of Seoul.

A man in his 40s was found dead in the bedroom of his home on the 12th floor, while 23 others, including his teenage son, have been sent to a nearby hospital for smoke inhalation, according to fire officials.

The father and the son were sleeping at their apartment when the fire broke out. The son, who woke up from the smoke, opened the bedroom door where his father was asleep but could not do anything due to the fierce blaze, according to a police investigation.

Other residents have been evacuated by firefighters who arrived at the scene, after a 13th-floor resident reported smoke coming from the lower floor.

The blaze did not spread to other rooms and was completely put out in about 40 minutes, fire officials said.

The apartment building, constructed in 1995, was found to have no sprinkler installed.

Police and fire authorities are currently investigating the exact cause of the fire. They plan to request an autopsy of the dead to the National Forensic Service. 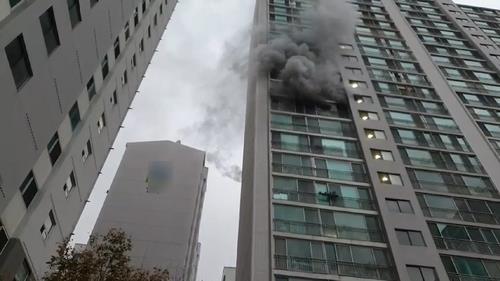 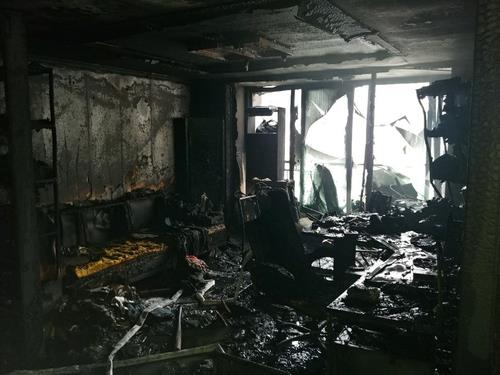