SEOUL, Nov. 24 (Yonhap) -- The head of the main opposition People Power Party (PPP) said Tuesday that South Korea may need to consider arming itself with nuclear weapons if North Korea ends up holding on to its nuclear weapons for good.

"If the North holds on to its nukes to the end without giving them up, I believe there is the need for us to reconsider nuclear armament," Kim Chong-in, PPP's interim chief, said during a press conference hosted by the Foreign Correspondents' Club in Seoul.

The comments were made as Kim laid out potential means of dealing with nuclear threats from the North -- either receiving protection under the U.S. nuclear umbrella or allowing the stationing of American nuclear arms on the Korean Peninsula. 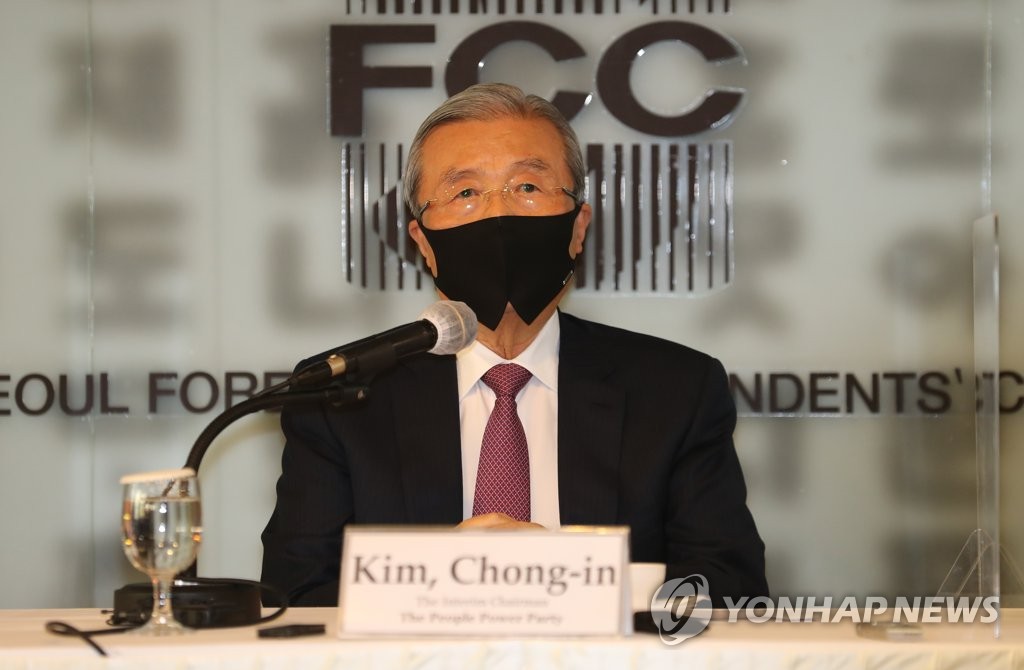 Kim said there may be the need to consider nuclear armament if such means of dealing with the North's nuclear threats are "impossible."

"We cannot but consider how to deal with North Korea as long as the North does not cooperate (with the international community) and maintains its nukes," the interim chief said.

Kim also said he did not expect the current North Korea policies of Seoul to be sustained following the launch of the new U.S. administration under President-elect Joe Biden.

"Even if the administration under Joe Biden begins denuclearization negotiations with North Korea, I don't expect to see much progress, considering the North's attitude until now," Kim said.