SEOUL, Nov. 25 (Yonhap) -- South Korea said Wednesday it has joined forces with local shippers to operate five additional vessels by the end of this year to lend hands to exporters facing troubles from a hike in freight costs and supply shortages in shipping services.

Under the cooperation with local shippers, South Korea will begin using the five ships that have a total capacity to carry 16,000 twenty-foot equivalent units (TEU) worldwide through the special shipping schedules by the end of this year, according to the Ministry of Oceans and Fisheries.

TEU is a measure used for the capacity of container transportation.

The move came as South Korean exporters have been facing a hike in shipping costs coupled with shortages in services as the latest recovery in the global business activities, previously hurt by the COVID-19 pandemic, have rekindled the demand. 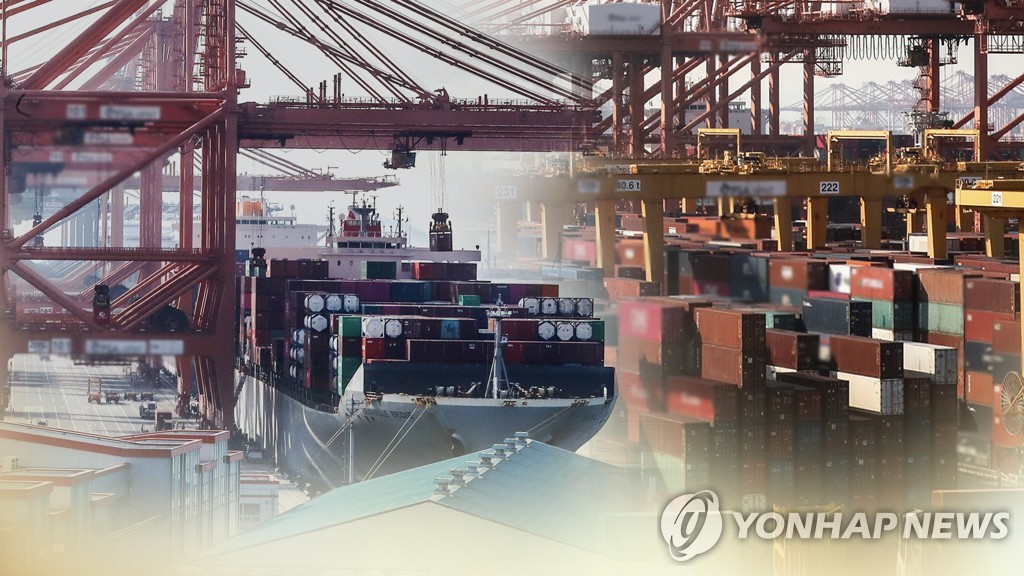 Korea Marine Transport Co., a smaller service provider, plans to send a 2,800 TEU vessel to Indonesia in December as well.

"We also plan to actively cooperate with overseas shippers to carry South Korean export goods without delays," an official from the ministry said.

The country's outbound shipments stood at US$31.3 billion in the Nov. 1-20 period, compared with $28.1 billion a year earlier, according to the data from the Korea Customs Service.

Exports, which account for half of the South Korean economy, were battered by the fallout of the COVID-19 pandemic this year. But the pace of the slump has eased since June, as major economies slowly began resuming business activities and lifting border lockdowns.