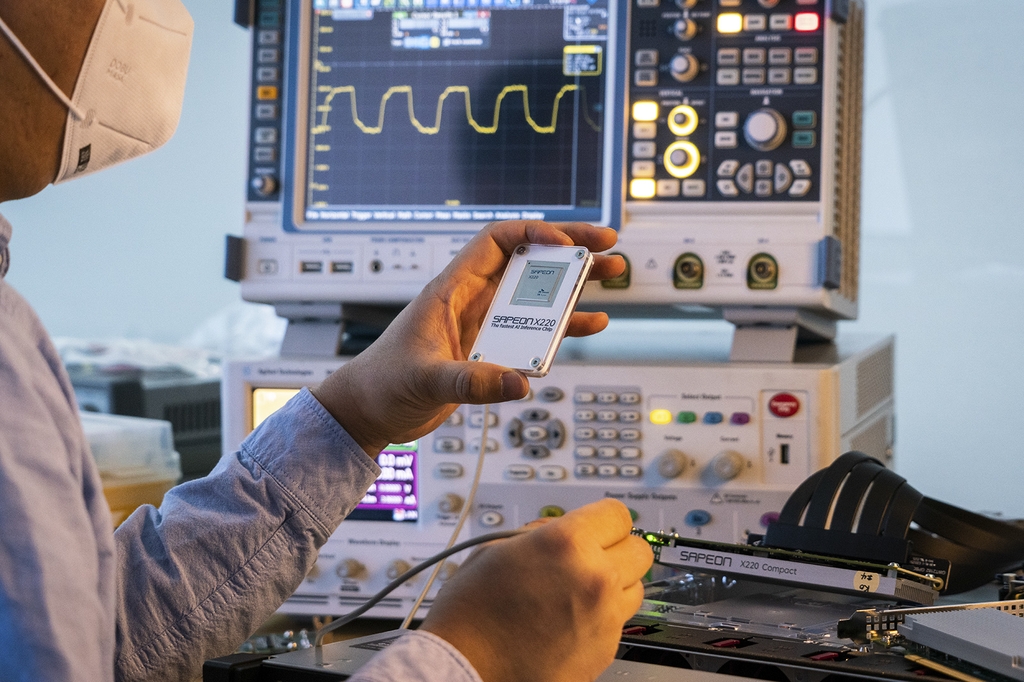 The carrier's new AI chip serves as an alternative to graphic processing units (GPU) currently used by many companies to run AI-based data centers that consume a lot of power.

The SAPEON X220's power consumption is about 80 percent of a conventional GPU, leading to lower operation costs, and is at around half the price, according to SK Telecom. The company added that the new chip is 1.5 times faster in deep learning calculation speeds than a GPU.

The carrier's new chip will be manufactured by Taiwan Semiconductor Manufacturing Co. (TSMC), the world's largest foundry firm, according to an industry official.

SK Telecom said it will supply the chip to the South Korean government for its new data analysis service before the end of this year. The chips will also be used to run cloud servers operated by Cast.era, a digital media equipment maker and a joint venture between SK Telecom and the U.S.-based Sinclair Broadcast Group, next year.

The carrier added that it aims to use the chips next year for its own AI services, such as its AI assistant NUGU, and that it is closely working with its affiliate and memory chip giant SK hynix Inc. in memory-related technology.

The carrier's launch of an AI chip comes as the South Korean government said earlier this year it will support local companies' efforts to develop up to 50 AI chips by 2030.

SK Telecom said it is developing a new AI chip through the government program and aims for production by 2022.