SEOUL, Nov. 25 (Yonhap) -- Foreign Minister Kang Kyung-wha called Wednesday for Central Asian countries' steadfast support for South Korea's drive to foster lasting peace on the peninsula, stressing it would be part of efforts toward peace for all of Eurasia.

Kang made the call during the 13th Korea-Central Asia Cooperation Forum, a dialogue platform launched in 2007 to strengthen cooperation in economic, cultural and educational and other areas.

"I ask for Central Asian countries' continued support and cooperation," she added. 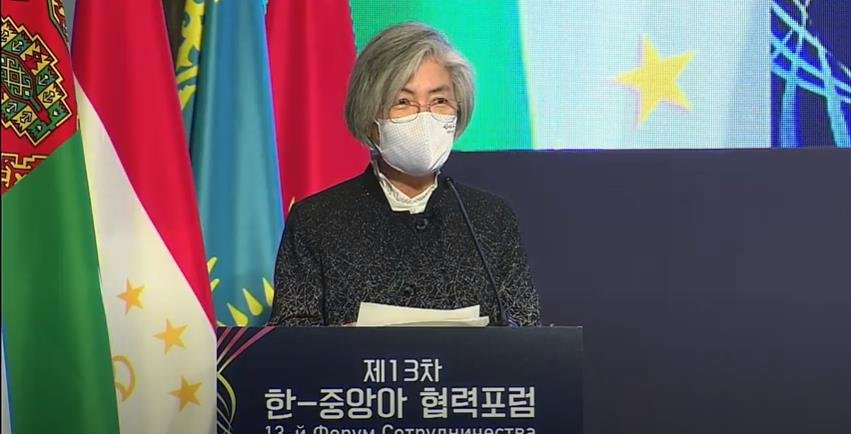 Despite stalled dialogue with North Korea, the minister emphasized Seoul's resolve to forge ahead with the efforts to "remove the threats of war and nuclear weapons on the peninsula."

"Though the journey of the peace process on the Korean Peninsula has not been smooth, we cannot roll back achievements from summits between the two Koreas and between the North and the United States," Kang said.

"Although there exist various uncertainties surrounding the peninsula, we should not let up on efforts for dialogue to take a step forward," she added.

The forum was attended by senior officials from Central Asian countries, including the top diplomats of Uzbekistan, Kazakhstan and Tajikistan.