Naver first entered the Japanese search engine market by establishing Naver Japan but exited the country in 2005. Naver made another attempt in the market by introducing a search engine, Naver Japan, but closed down the service in 2013. 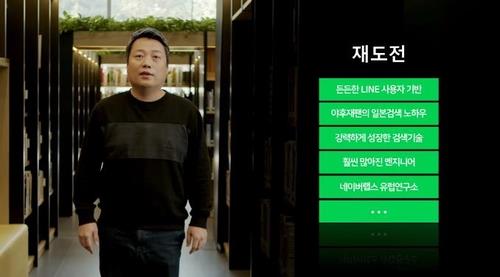 "We believe we can make it this time," Kim Sang-bum, CEO of Naver Search CIC, said during an annual tech conference, without disclosing the exact schedule.

Naver attributed the two failures to Naver Japan not properly competing with the longer-standing industry players in the country -- Google Japan and Yahoo Japan.

"Line became the most-used messenger in Japan," Kim said. "We did not have any experience or background in the past, but now we have Line."