SEOUL, Nov. 25 (Yonhap) -- He has been one of the best hitters in South Korean baseball for the past six seasons. Now, the All-Star slugger Kim Ha-seong wants to challenge himself against major league pitching.

The Korea Baseball Organization (KBO) announced Wednesday it has asked Major League Baseball (MLB) to post Kim for its 30 clubs. The decision was reached hours after Kim's club, the Kiwoom Heroes, requested the Korean league take that administrative step. 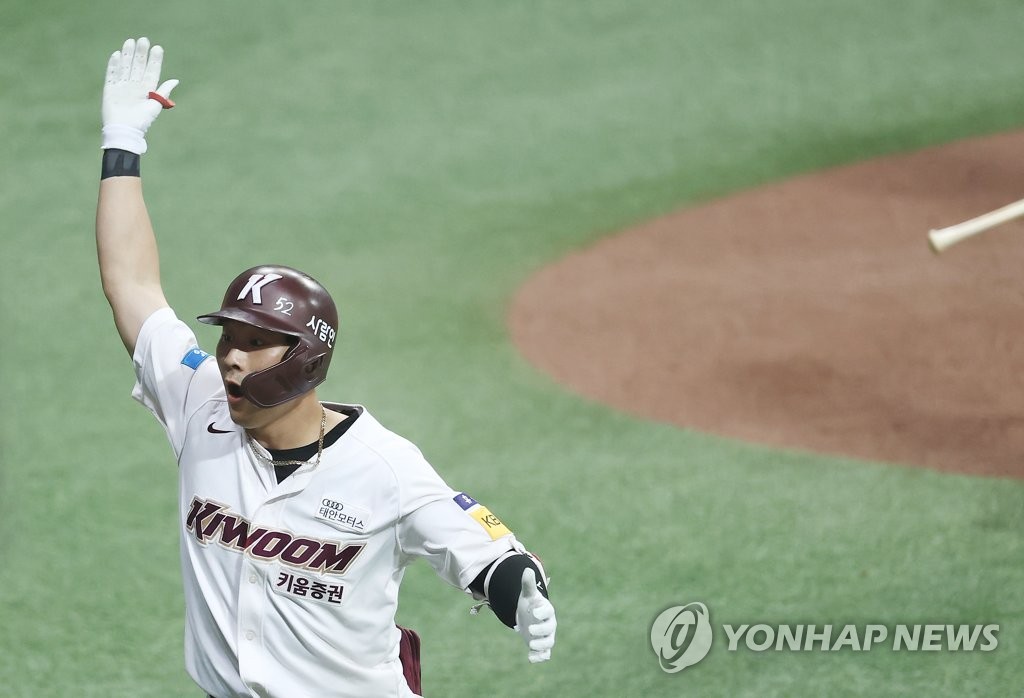 Under the posting system, any interested big league team will be able to negotiate with Kim during a 30-day period. It will begin at 8 a.m. Eastern Time (ET) on the morning after MLB officially notifies its clubs of Kim's status and end at 5 p.m. ET on the 30th day.

The Heroes promised Kim last December that they would post him once he became eligible following the 2020 season. The 25-year-old completed his seventh season this year. KBO players must put in seven full seasons or their equivalent to be posted. They must stay on the active roster for 145 days to qualify for a full season.

Kim is coming off the best season of his career.

He batted .306/.397/.523 this season, setting career highs in on-base and slugging percentages. He also established career bests with 30 home runs, and his 109 RBIs and 111 runs scored were the second-highest totals of his career. Kim swiped 23 bags for his second career 20-20 season. For the first time, he had more walks (75) than strikeouts (68).

Kim has 131 home runs and 130 steals since becoming a regular in 2015. The athletic infielder has a strong arm and also played a bit of third base this year after the Heroes signed former Chicago Cubs All-Star Addison Russell.

In a statement released by the Heroes, Kim thanked the club for giving him the opportunity to reach the majors, but he'll let his agent take care of the business side of things from now on. 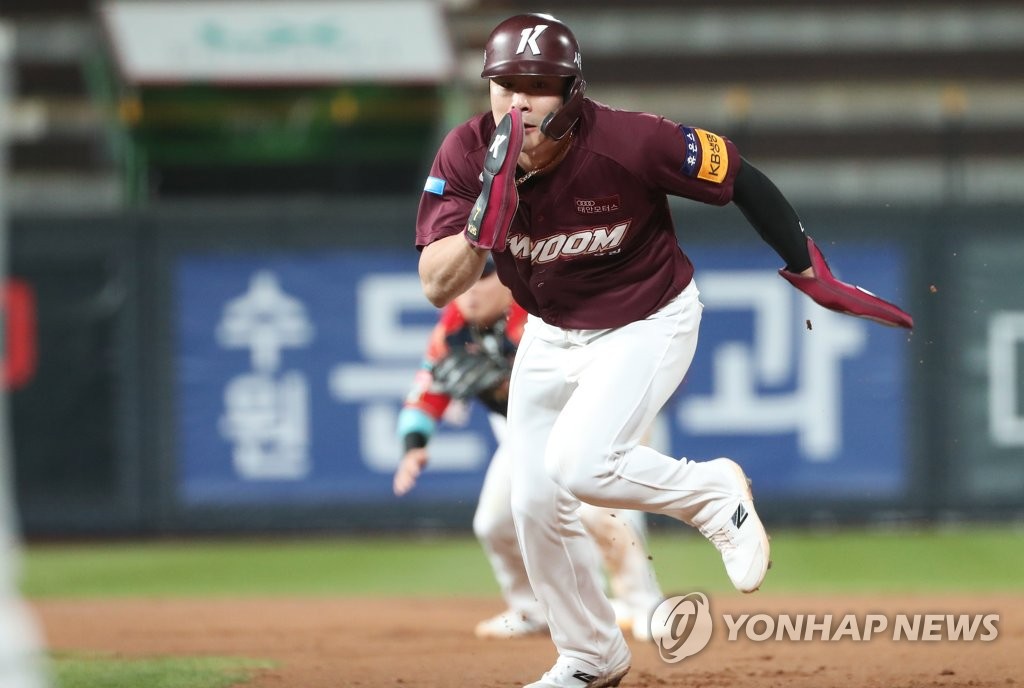 "As a ball player, my focus is on getting my body ready for next year," Kim said. "This is only the first step, and there are more important hurdles to clear."

Kim said he felt a bit different coming into the 2020 season than previous years, knowing that he'd be posted at the end.

"During the season, I tried to focus on each and every game," Kim said. "I didn't do anything special just because I was about to be posted. I stuck to my lifting program and kept at the same routine."

Since the Heroes' season ended in the Wild Card loss earlier this month, Kim's name has popped up on free agent rankings in U.S. and Canadian media. The Toronto Blue Jays, expected to be one of the most active clubs in the open market this winter, are reportedly interested in Kim. They already have a prominent Korean star in No. 1 starter Ryu Hyun-jin.

"I think the key for me will be to keep doing the things I've always done," Kim said of his plans if he reaches the big league. "I think that will lead to some good results." 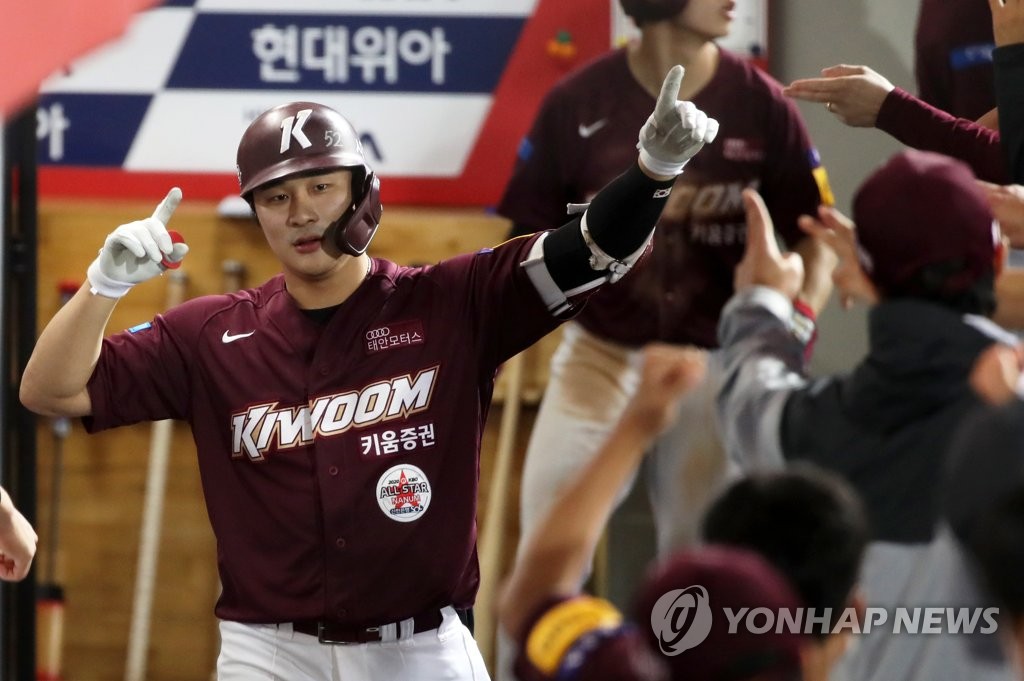 Kang is out of baseball after off-field issues, but Park is back with the Heroes after a cup of coffee with Minnesota. Kim said though Park hasn't given him any specific advice, he still learns from the 34-year-old veteran.

"He is a pillar of our club, and he leads young guys by example," Kim said. "I've learned so much from him just by playing with him. I think those lessons will help me a great deal."

If Kim signs a major league deal, the amount of the transfer fee awarded to the Heroes will depend on the value of that contract.