"First, (the government) will accelerate AI technology innovation," he said during an event, joined by representatives from some local firms engaging in AI businesses, held at the KINTEX exhibition center in Goyang, Gyeonggi Province. They included Naver, Kakao, KT, SK Telecom and Samsung Electronics.

He presented an ambitious vision for the development of AI semiconductors as the "second DRAM" memory chips, a major cash cow of the nation's chipmakers.

He added the government's goal is "not just (for South Korea) to become the No. 1 country in AI technology but to make all of the people happy with AI" 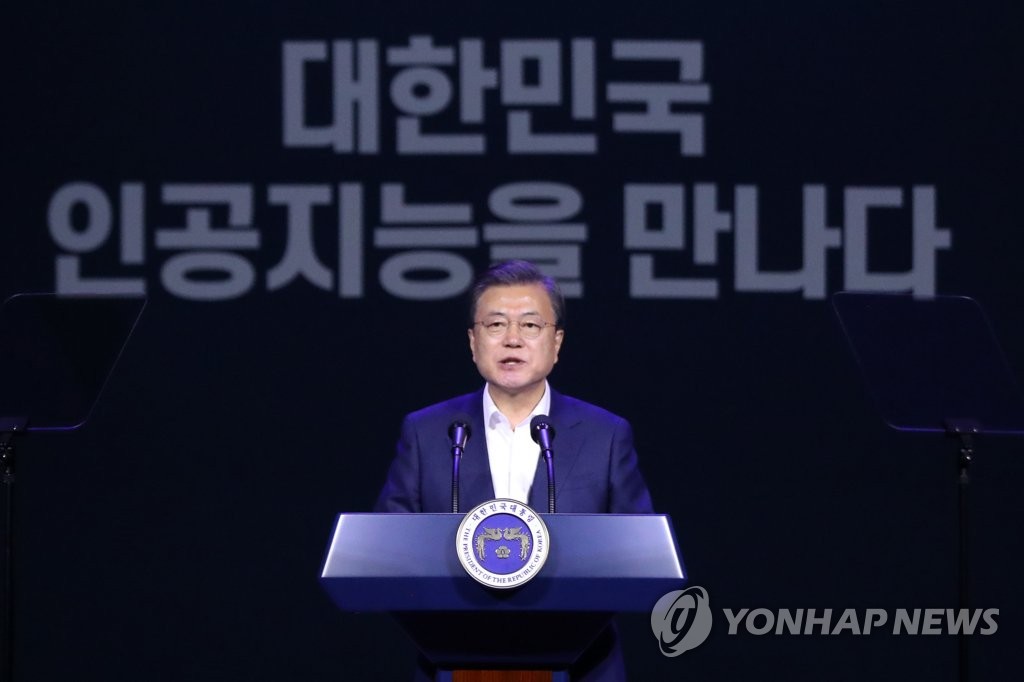 It was part of the president's almost weekly on-site inspections of businesses associated with his administration's bold push for the Korean version of the New Deal.

Expanding digital infrastructure is a pillar of the so-called K-New Deal project along with a campaign to promote environment-friendly industries.

Moon said AI has emerged as a core technology of the fourth industrial revolution, such as the Internet of Things, self-driving and health care, opening a new future.

He noted that AI has shown "unprecedented capability" in response to the COVID-19 crisis. The nation has actively used digital technologies to monitor and trace the sources of virus transmissions.

He recalled the government's campaign to foster the sector since announcing a national strategy for it in December last year and having discussions on a future vision.

He pledged that the government won't spare efforts to support the AI sector by clearing legal and systemic obstacles.

"We need to design the future, thinking about the importance of people-centered values, along with economic values," Moon said, adding that it is important to establish AI-related ethics standards. 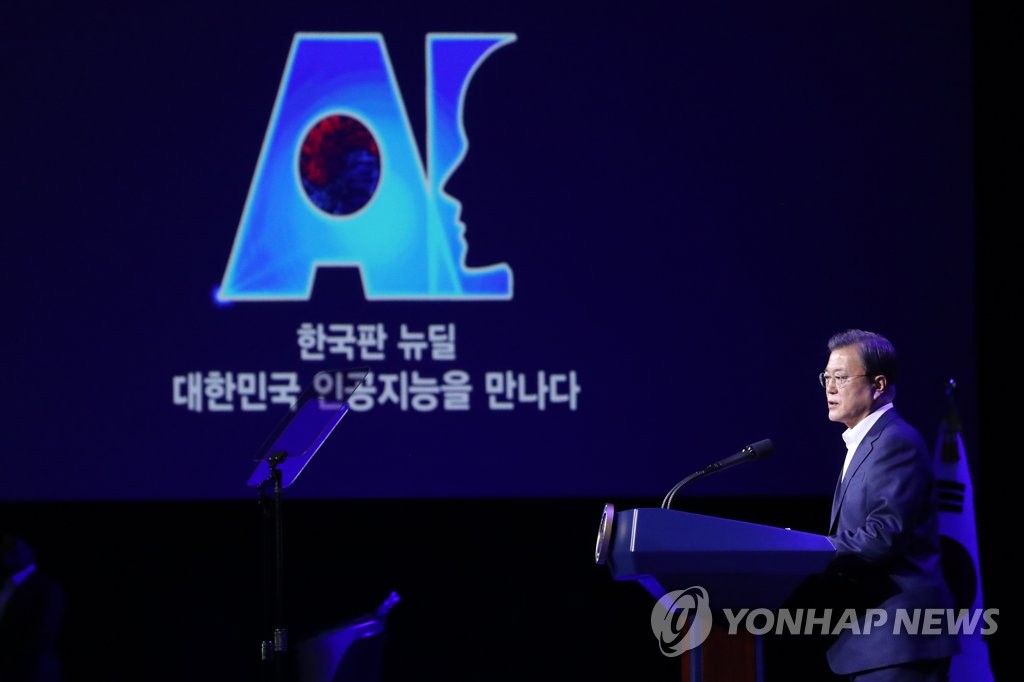