SEOUL, Nov. 25 (Yonhap) -- South Korea on Wednesday celebrated the 10th year since joining the Organization for Economic Cooperation and Development's (OECD) club of major donors, with its top diplomat renewing its commitment to building an "inclusive community in which none is alienated."

The foreign ministry held a ceremony commemorating Seoul's entry into the OECD Development Assistance Committee (DAC) as its 24th member on Nov. 25, 2009, in a shift in Korea's status to a key donor from a onetime recipient of overseas aid.

They took stock of Korea's overseas contributions, including its official development assistance (ODA) that rose to US$2.52 billion last year from $1.17 billion in 2010, when Seoul's DAC activities officially began.

Noting a jump in South Korea's ODA scale, Hong stressed the need to ensure the effectiveness of the country's development assistance schemes, pursue innovative financing methods and focus more on solutions to climate change, the ministry said in a press release.

Foreign Minister Kang expressed her appreciation for citizens' support for the government's ODA policy and pledged to "candidly" share South Korea's development experiences with foreign countries and continue its efforts toward an inclusive community "in which none is alienated."

Rep. Song took note of Seoul's expanded ODA scale and stressed the need to expand support for the socially vulnerable. 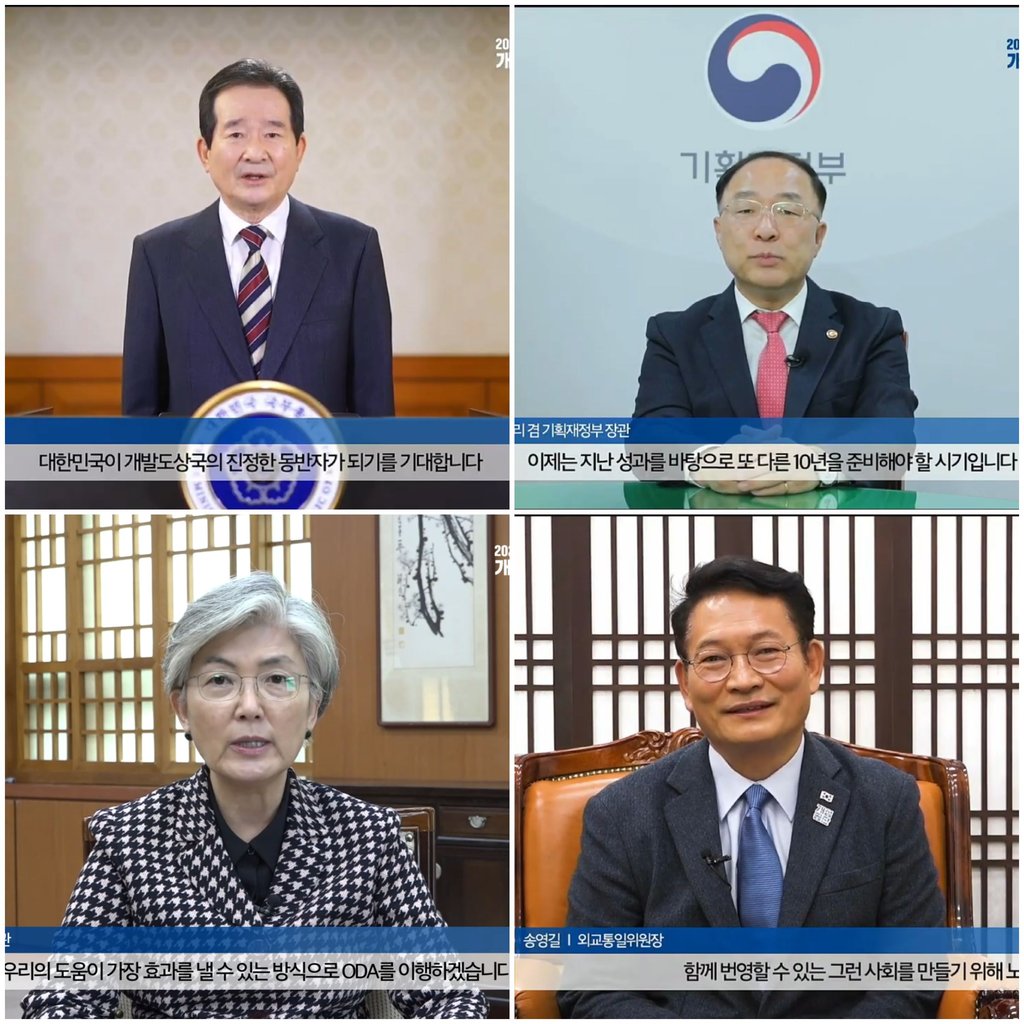