SEOUL, Nov. 26 (Yonhap) -- Chasing their first major trophy of the year after finishing runners-up in two domestic competitions, Ulsan Hyundai FC have shot to the top of their group at an annual Asian club tournament.

Also this week, Jeonbuk Hyundai Motors, which got the better of Ulsan to win both the K League 1 and the FA Cup titles, finally picked up their first win at the Asian Football Confederation (AFC) Champions League. That kept alive Jeonbuk's bid for a "treble," or capturing three trophies in one season. 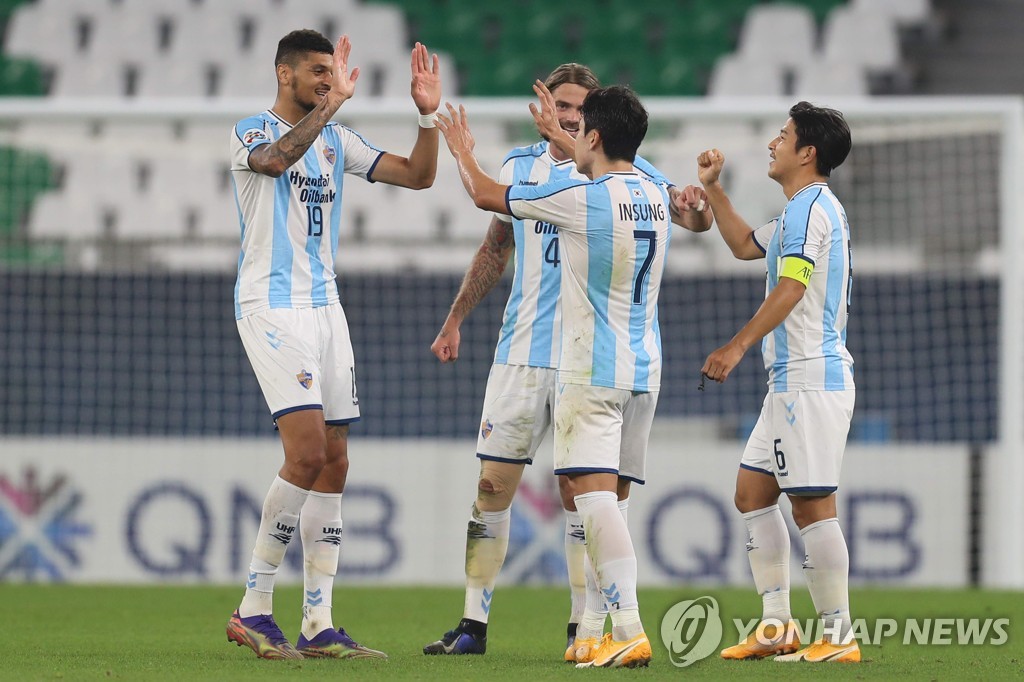 Ulsan rallied to beat Perth Glory 2-1 for their second straight win in Group F at Education City Stadium in Al Rayyan, Qatar, on Tuesday. All matches for Groups E to H are being played in a bubble set up in Qatar, after the competition was put on hold for months due to the coronavirus pandemic.

Kim In-sung and Junior Negrao scored for Ulsan, which fell behind in the 71st minute on a goal by Daniel Stynes.

Ulsan improved to seven points with two wins and a draw. They're one point ahead of Shanghai Shenhua with three matches to go.

Their group matches will be completed by the first week of December.

With a win, a draw and two losses, Jeonbuk remained in third place in the group. They trail Shanghai SIPG by two points, but the Chinese club has one match in hand. 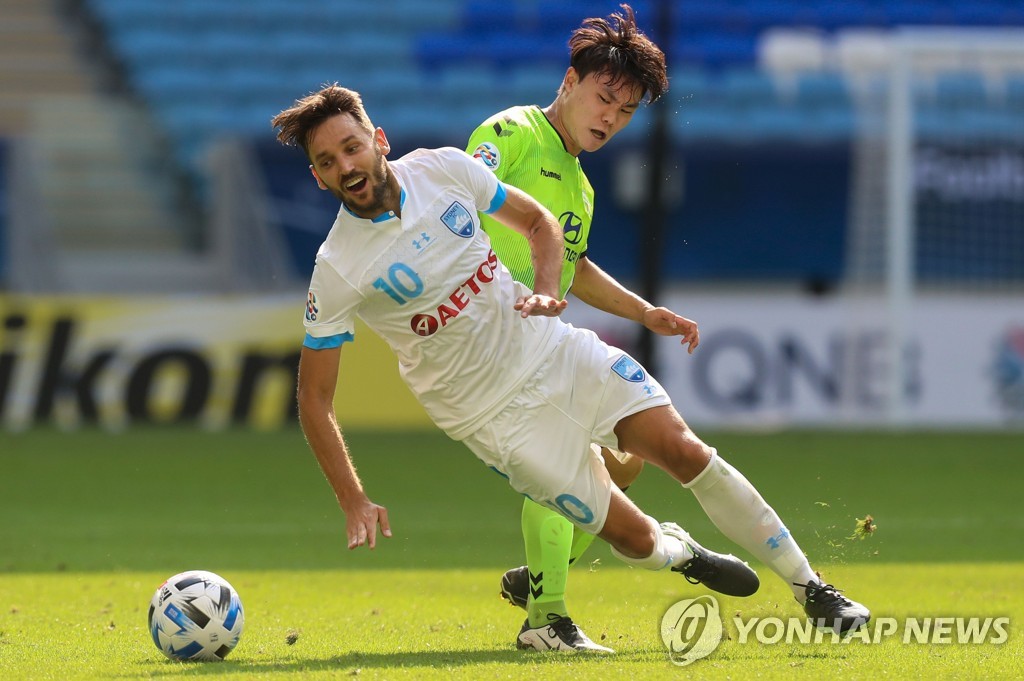 Jeonbuk remain shorthanded. They'll be without the reigning K League 1 MVP Son Jun-ho and defender Lee Ju-yong. Both played for the national team in Austria earlier this month, and after seven of their teammates tested positive for COVID-19 during the trip, Son and Lee returned to South Korea instead of Qatar and are currently serving their mandatory 14-day quarantine. Also, midfielder Lee Seung-gi and defender Lee Yong are out with injuries.

On Tuesday, FC Seoul routed Chiangrai United 5-0 at Jassim bin Hamad Stadium in Doha and improved to six points in Group E, after two wins and a loss.

Beijing Guoan are leading the group with nine points.

Suwon Samsung Bluewings, the fourth South Korean club in the tournament, won't play until next Tuesday. Suwon had been scheduled to face the Malaysian club Johor Darul Ta'zim on Wednesday, but they have withdrawn from the competition after the Malaysian government declined to authorize their travel to Qatar.

The top two teams from each group will advance to the knockout round starting Dec. 6.

Teams in Groups A to D have already completed their knockout matches, and Persepolis FC from Iran are waiting in the final. 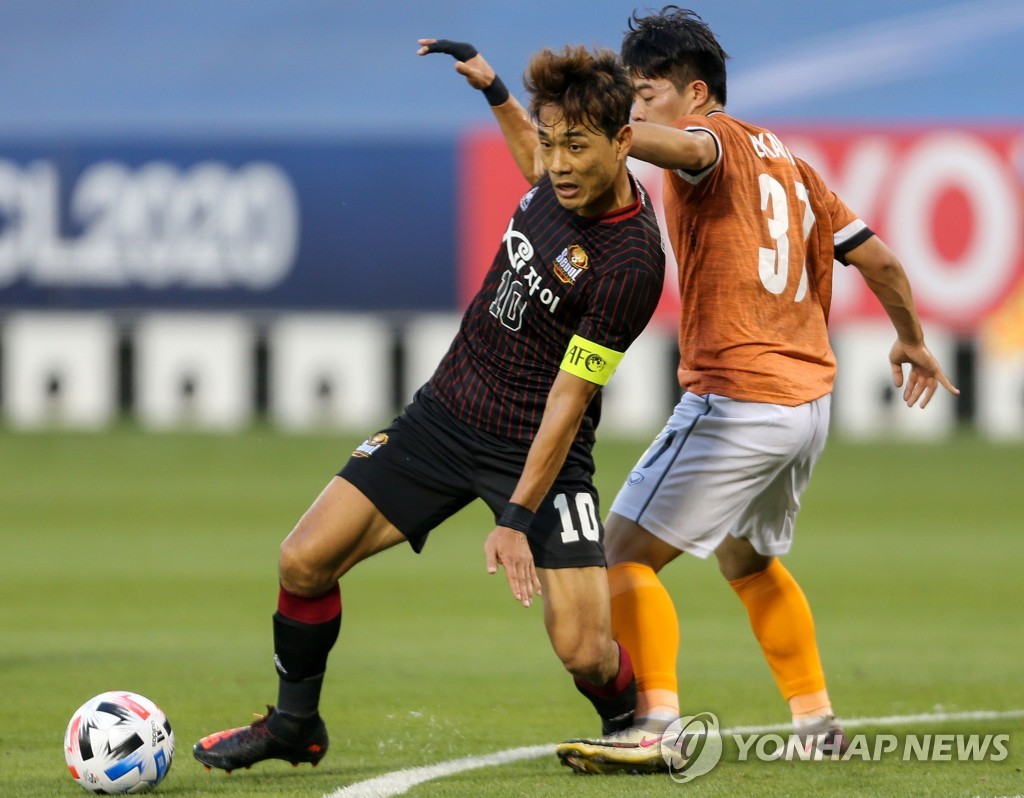