SEOUL, Nov. 26 (Yonhap) -- The ruling party and the government on Thursday held a meeting to consider establishing an additional post-prison segregation program for criminals convicted of brutal crimes, amid mounting public concerns ahead of the release of a notorious child sex offender.

The policy discussion meeting held at the National Assembly comes amid the nearing release of Cho Doo-soon, 69, one of the country's most notorious child rapists, who is set to be freed from prison on Dec. 13. He has been serving a 12-year term for kidnapping and raping an 8-year-old girl in a church bathroom in Ansan, 42 kilometers southwest of Seoul, in December 2008.

A huge public outcry has erupted over what has been seen as too lenient a punishment for a horrendous sexual crime against a minor.

"Over 110,000 people have responded to the proposition of enacting a 'Cho Doo-soon segregation law.' In order to prevent criminal relapses of certain convicts, we must positively review new security measures that would socialize them in special facilities," Rep. Kim Tae-nyeon, floor leader of the ruling Democratic Party (DP), said during the meeting.

Kim stated that the DP and the government should strictly limit the scope of subjects of such a program in order to dispel concerns of human rights violations. The floor leader also called for the adoption of humane treatment regulations in such facilities.

Justice Minister Choo Mi-ae said the government was preparing a human rights-oriented measure as part of its "restorative justice" program for horrendous criminals in need of treatment.

Choo said convicts with high risk of relapse, such as those with records of murder and child rape and who will have finished serving more than five years in prison, will be subject to the program.

The minister said those who have either finished or are soon to end their sentences, including Cho, will be excluded, as it may lead to a controversy over whether it violates the Constitution. 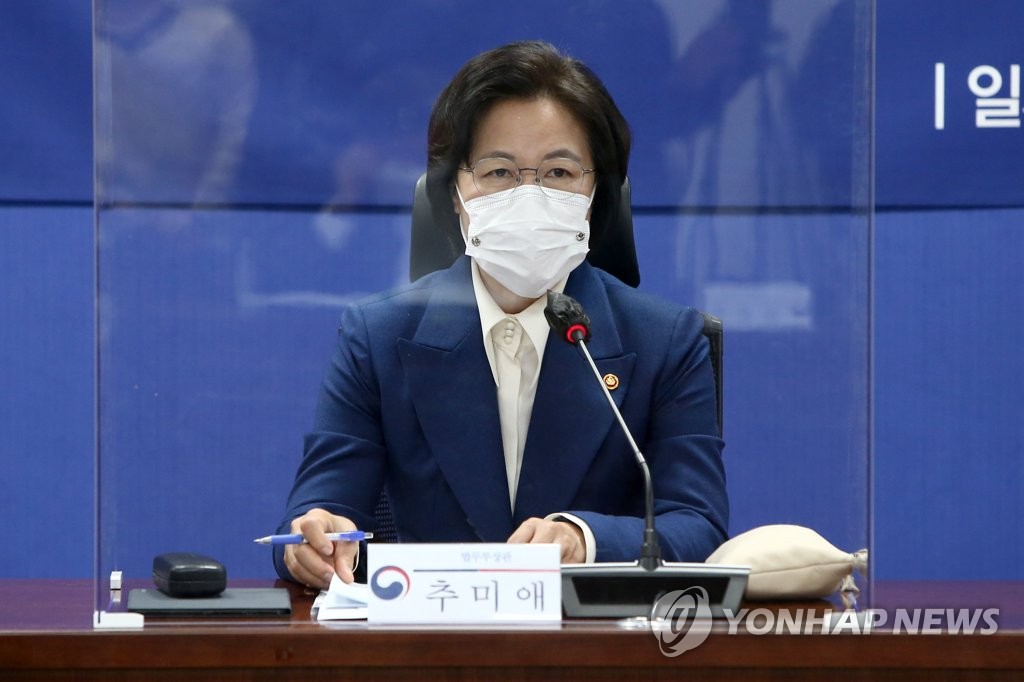