The parents allegedly bought SAT question and answer sheets leaked by brokers from 2014 to 2019, paying as much as 50 million won (US$45,000) per paper, according to the Seoul Metropolitan Police Agency.

The brokers obtained the SAT question sheets in China and elsewhere, and handed them over to the parents, who then gave the papers to an SAT instructor to solve and then bought the answer sheets from the instructor, the police said. 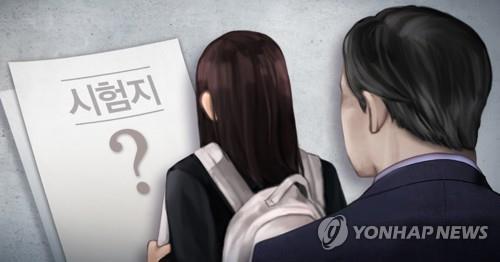 SAT exams are administered around the world on the same day.

One broker told police that he used the time difference between China and Europe to obtain question sheets in China on the day of an exam, make answer sheets and then send them to students in Europe.

Some of the students who took the SAT after seeing the questions were reportedly accepted to prestigious U.S. universities.

Police detained that broker and referred him to the prosecution seeking indictment on charges of leaking SAT papers from China and the United States around 10 times between 2014 and 2019.