SEOUL, Nov. 26 (Yonhap) -- Samsung Electronics Co. maintained the top spot in the Western Europe smartphone market in the third quarter of the year, a report showed Thursday, despite sales decline.

The figures were slightly down from a year ago when the company shipped 11 million smartphones for a 35.8 percent market share.

Samsung was followed by Apple Inc. which delivered 8.2 million iPhones in the third quarter, up 1.1 percent from a year earlier, for a 28.5 percent market share.

China's Xiaomi Corp. moved up to the third spot for the first time after its smartphone shipments grew 151.6 percent on-year to 3.7 million units for a 12.8 percent share. 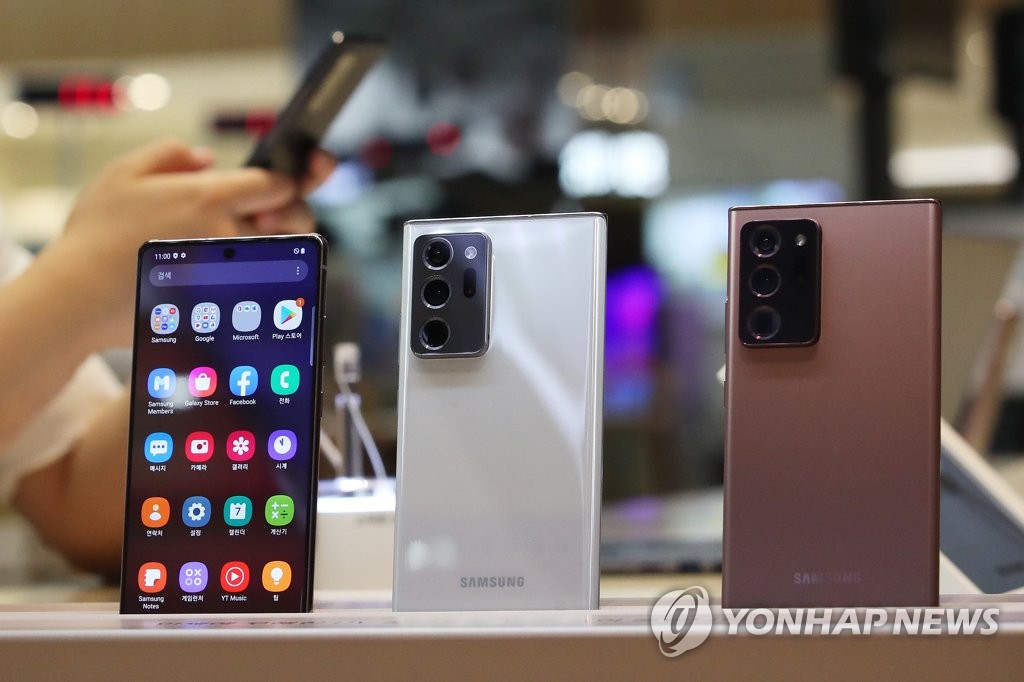 The smartphone market in Western Europe declined 6.5 percent on-year to 28.8 million units, according to IDC.

"Although lockdown restrictions were lifted across Europe, the smartphone market continued to be impacted by the economic environment," it said. "While consumer spending on smartphones improved slightly, sales of smartphones to enterprises dropped 11.5 percent year on year as enterprises shifted spending from smartphones to notebooks."

Meanwhile, the tablet market in Western Europe grew 15.6 percent on-year to 8.2 million units in the third quarter on robust demand from the education sector amid the pandemic.

Apple was the leading vendor in the region with a 31.8 percent share after shipping 2.6 million iPads in the third quarter, up 30.8 percent from a year ago.

Samsung was the runner-up with a 28 percent share, with its Galaxy Tab tablet shipments rising 58.6 percent on-year to 2.3 million units.

China's Lenovo Group Ltd. came in third with a 12.7 percent share followed by Huawei with a 7.9 percent share.