In the 10-year deal signed with the U.S. Department of Defense, Korean Air will be in charge of maintenance, repair and overhaul (MRO) work for the life extension of the F-16 Fighting Falcon aircraft deployed to the U.S. air forces in South Korea and Japan, the company said in a statement.

The national flag carrier has been providing the MRO services for U.S. fighter jets, such as the F-15 and F-16, and transport aircraft like the A-10 Thunderbolt and Lockheed C-130 Hercules since 1978, it said.

On top of flight services, the national flag carrier also manufactures aircraft parts and supplies them to Airbus and Boeing. It began to supply parts to Boeing and Airbus in 1986 and 1987, respectively. 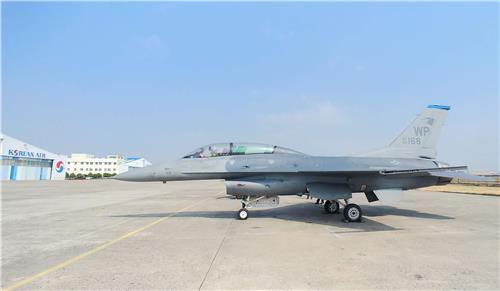