SEOUL, Nov. 26 (Yonhap) -- The Seoul city government plans to toughen antivirus measures following consultations with experts amid a surge in coronavirus cases in the capital, an official said Thursday.

Park Yoo-mi, a disease control official at the city government, made the remark during a virtual press briefing shortly after the city reported a new high of 213 cases on Wednesday.

"There appear to be blind spots that require further attention in the recent (coronavirus transmission) trend," Park said. "We plan to talk to experts starting today to come up with stronger measures."

The greater Seoul area is currently under Level 2 social distancing rules, which include a ban on indoor seating at cafes and reduced capacity of 30 percent at cultural facilities and 20 percent at worship services.

To supplement those measures, the Seoul city government has reduced bus and subway services after 10 p.m. and banned rallies involving 10 or more people.

Park said the city will conduct a special survey on Thursday and Friday to identify areas that require strengthened antivirus measures, especially ahead of the winter season.

She also urged citizens to follow the city's recommendations and wear masks at the office, expand remote working, ventilate and disinfect facilities and keep entry logs.

South Korea is experiencing its third wave of infections, with the country adding 583 new cases on Wednesday, the first time above 500 in more than eight months, according to health authorities. 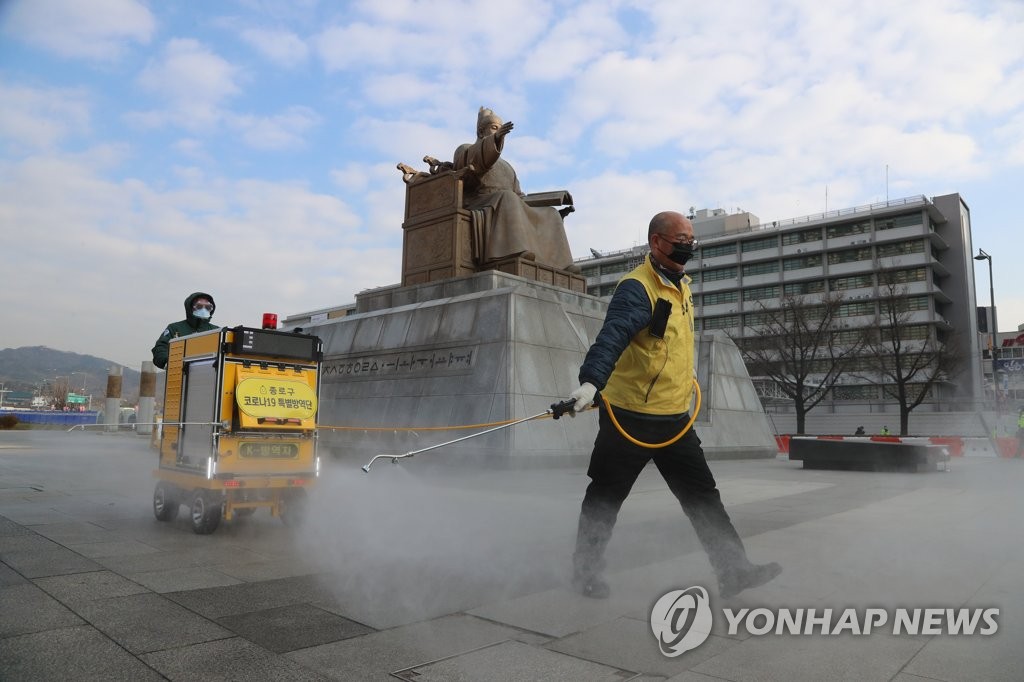