SEOUL, Nov. 26 (Yonhap) -- The education minister on Thursday asked citizens to temporarily suspend their usual gatherings ahead of next week's nationwide college entrance exam so it won't be affected by the recent spike in new coronavirus cases.

"(I) earnestly ask all South Korean people to suspend their usual gatherings for a week starting today with the hearts of parents with children who are taking the exam in mind," Education Minister Yoo Eun-hae said during a news conference held at the government complex in Seoul.

The minister asked young people, in particular, to strictly comply with social distancing rules, saying government data showed that about 19 percent of the country's COVID-19 cases are those in their 20s with many of them asymptomatic.

"(We) recommend all members of the families of test-takers to keep social distancing at home during the remaining week and advise the test-takers not to visit academic institutes and multiuse facilities," she added.

The ministry says some 70 percent of the students who have tested positive in November are assumed to have contracted the virus from other family members. 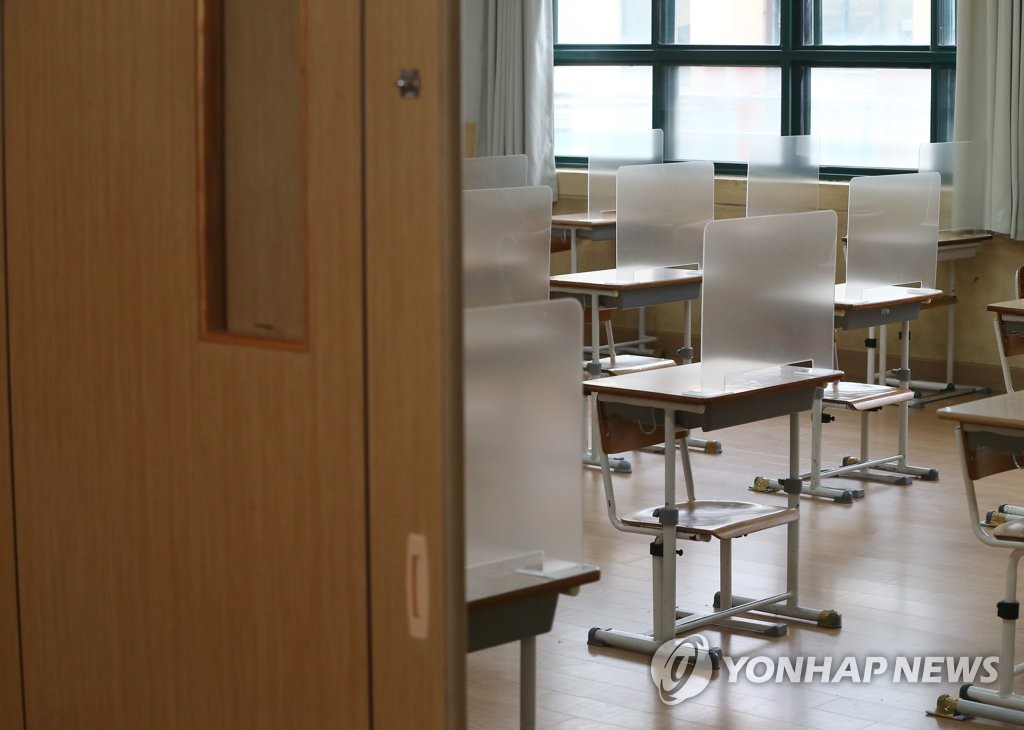 The plea came as the country's daily number of COVID-19 cases spiked to over 500 for the first time in over eight months earlier in the day.

South Korea added 583 more virus cases, including 553 local infections, raising the total caseload to 32,318, according to the Korea Disease Control and Prevention Agency.

To better cope with the rising virus cases, the authorities raised the social distancing level by one notch to Level 2, the third highest in the country's five-tier system, in the greater Seoul area, on Tuesday. 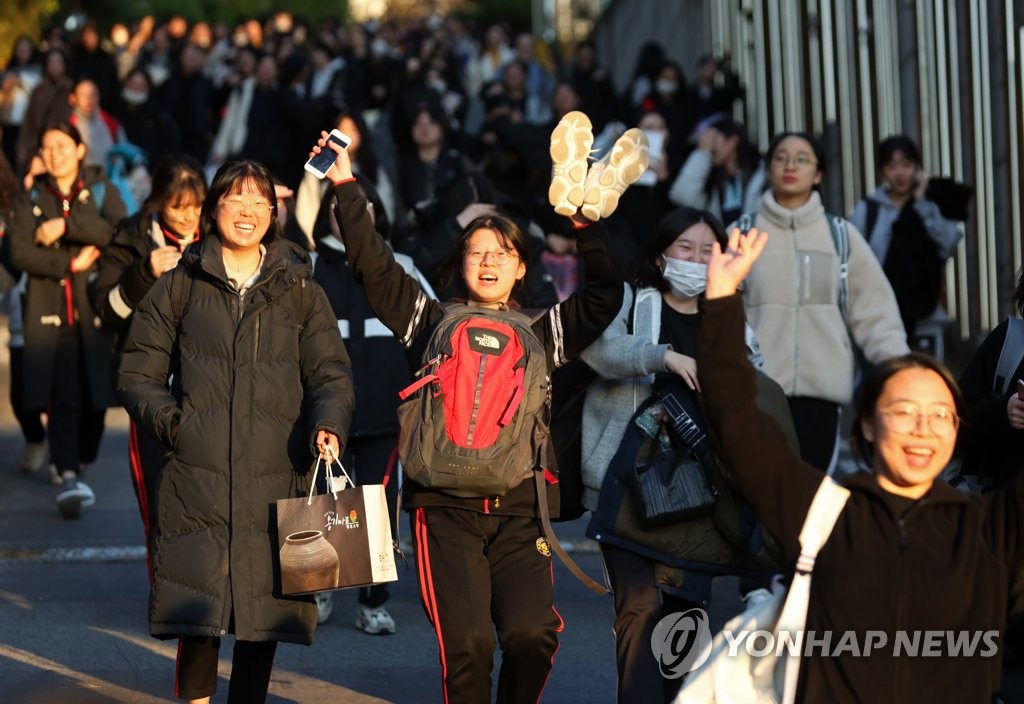 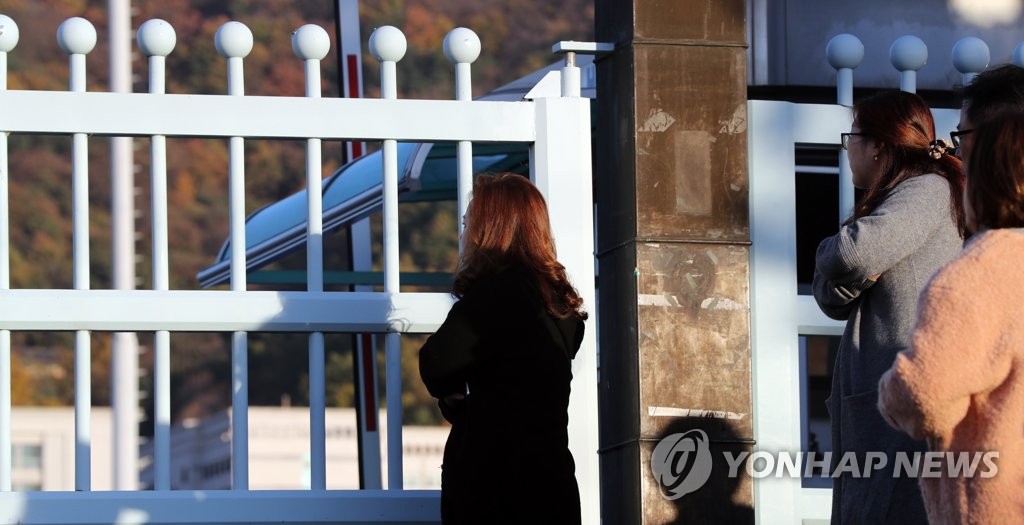 The annual College Scholastic Ability Test (CSAT), slated for Dec. 3 this year, is the country's most important annual academic event, and the whole country almost grinds to a halt for the smooth administration of the test. Public institutions and the stock markets open an hour late to reduce traffic congestion so that students can arrive at test sites on time.

A total of 493,433 have applied for the CSAT this year, according to education authorities.

The education ministry said it will push ahead with the CSAT as scheduled despite the recent spike in COVID-19 cases.

According to the education ministry, 21 of the test-takers were confirmed to have contracted the virus and 144 are currently in self-quarantine as of Thursday.

The patients will take tests at the hospitals and treatment centers they are staying in, while those in self-quarantine will be assigned separate testing sites.

The government has secured hospital beds for up to 172 student patients who need to take the test and testing places that can serve up to 3,800 students in self-quarantine. 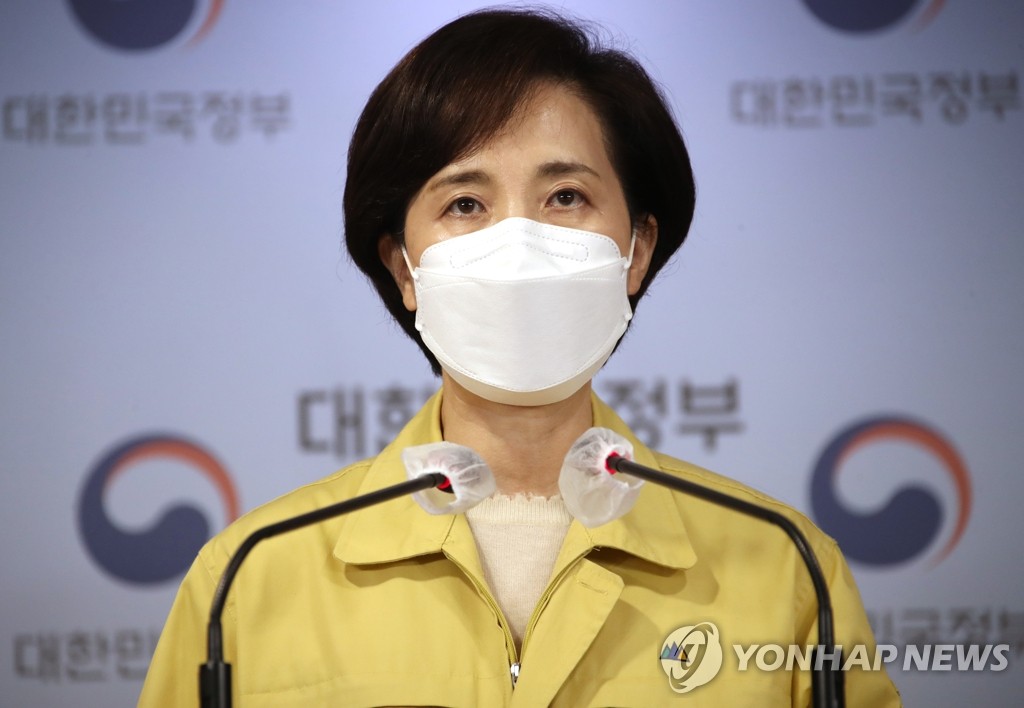