"Our government will not stop efforts to put a (formal) end to war on the Korean Peninsula and achieve complete denuclearization together with the international community, including China," Moon told Wang at the start of their meeting, which pool reporters were allowed to cover. He was apparently referring to the 1950-53 Korean War that finished in an armistice, not a peace treaty. 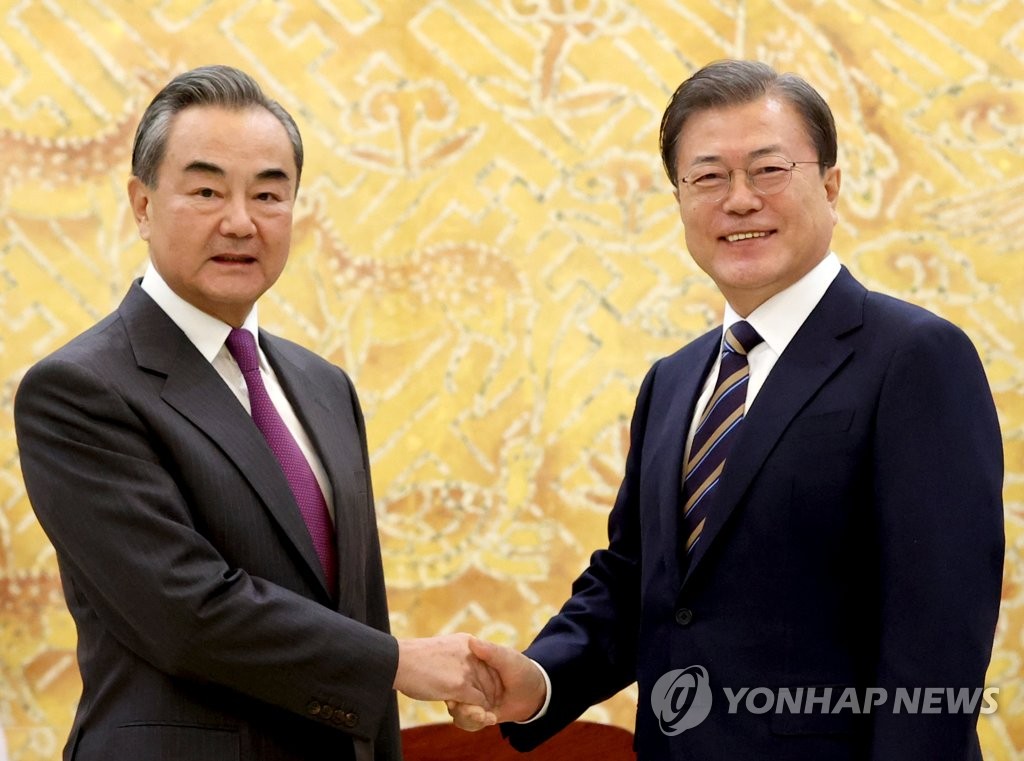