SEOUL, Nov. 26 (Yonhap) -- Few in South Korean football had the kind of history with Diego Maradona, the late Argentine legend, that former defender Huh Jung-moo did.

Huh, once a dogged defender, had the unenviable task of trying to guard Maradona during the 1986 FIFA World Cup. And 24 years later, the two met as opposing head coaches at another World Cup.

The news of Maradona's passing on Thursday at age 60, following a heart attack in his home on the outskirts of Buenos Aires, hit Huh quite hard. 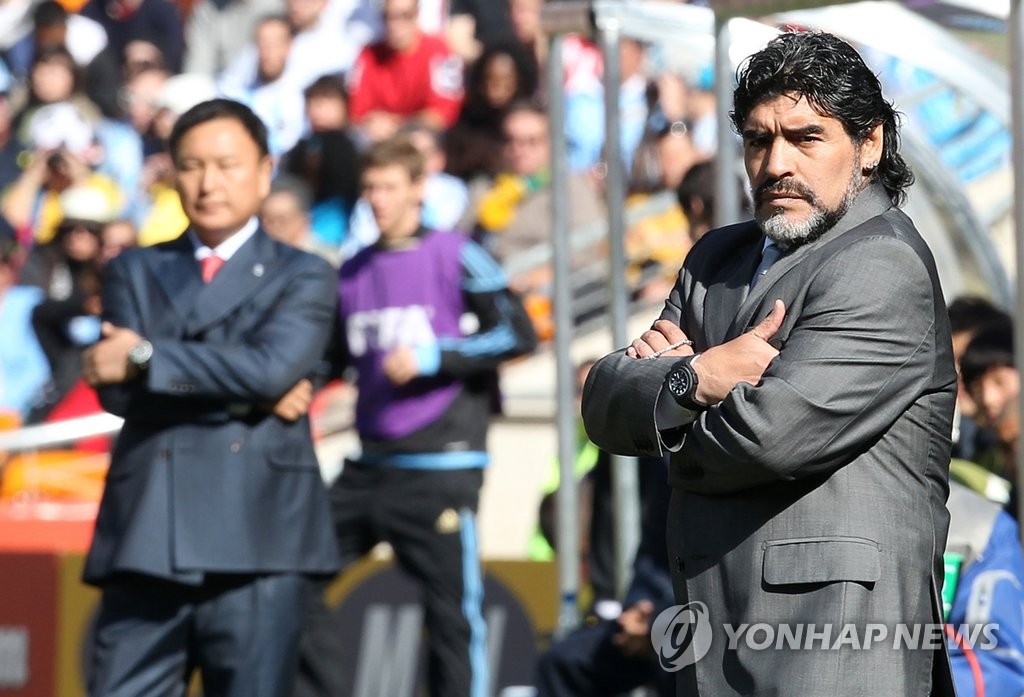 "When I heard the news, so many memories came flooding back to me," said Huh, who is currently executive director of K League 1 club Daejeon Hana Citizen. "These great players that I faced back in the days are leaving us too soon."

One of the most indelible images in South Korean football is one of an airborne Huh tackling Maradona with his legs, trying as he might to stop the Argentine dynamo. South Korea lost 3-1, while Argentina went on to win the World Cup.

"He was such a difficult player to guard," said Huh, now 65, in an understatement. "He was especially great at disrupting defenders' balance, and his passes were always on target. He was short but he had so much bounce to his steps."

It was during that 1986 World Cup that Maradona had his "Hand of God" goal against England in the quarterfinals.

"I felt he was so far ahead of the rest of us," Huh recalled. "It was a valuable learning experience for me, too. I thought a player of that quality doesn't just fall from the trees." 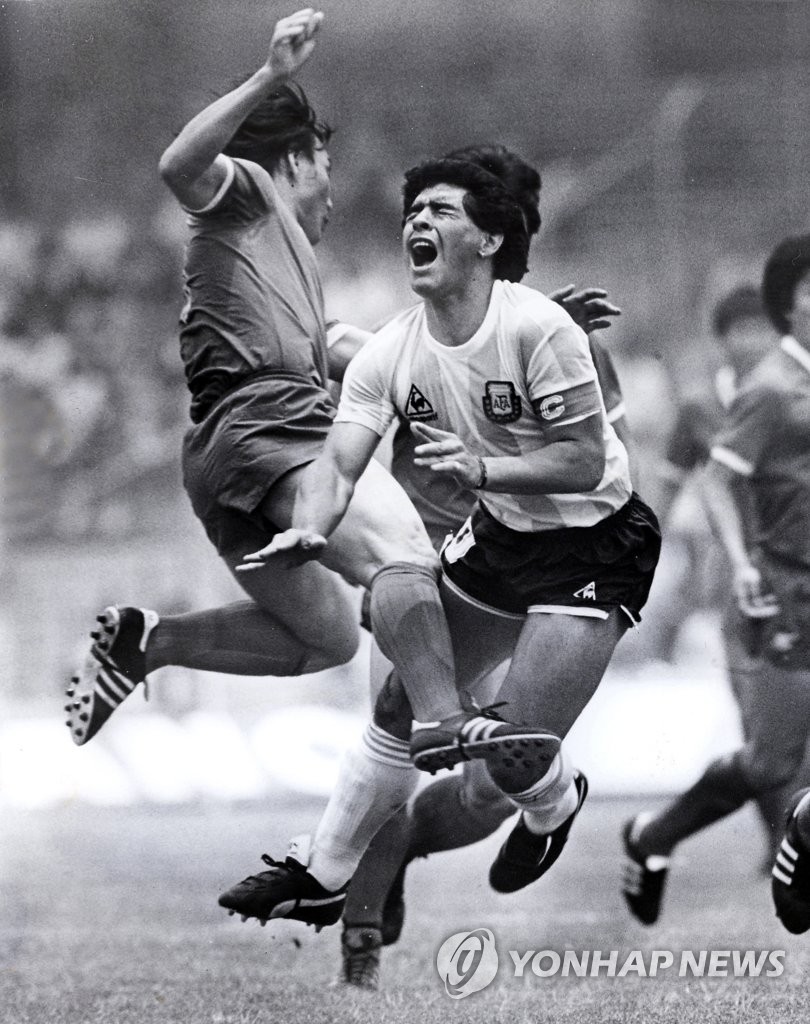 Then at the 2010 World Cup in South Africa, Huh and Maradona opposed each other as coaches for their respective national teams.

"Even though the score was lopsided, I think it was the best match we've played against Argentina," Huh said.

Maradona didn't have quite the success as coach that he did as a player, but Huh said Maradona was still "a gamer" who could play mind games and catch teams off guard with his tactics.

Their last meeting came in March 2017, when Maradona visited South Korea for the draw ahead of the FIFA U-20 World Cup that South Korea hosted later that year.

In his later years, Maradona struggled with drug addiction and dealt with assorted health problems blamed on excessive eating and drinking.

Huh said Maradona didn't look healthy then, and he will go down as a cautionary tale for other athletes.

"He looked bloated, and just didn't look great then," Huh said. "He left an indelible mark as a player, but I think he also taught a lot of us a lesson in how to take care of our body." 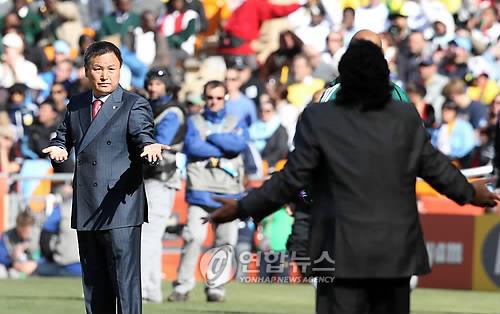