The members of the National Security Council's standing committee checked the country's responses to the resurgent COVID-19 and vowed to take necessary measures to stem its spread, according to the presidential office.

They also discussed how to push for Moon's proposal to launch a "Northeast Asia Cooperation Initiative" for infectious disease control and public health, involving the two Koreas, China, Japan, and Mongolia. Moon made the suggestion in September in his address to the United Nations General Assembly.

The officials also reviewed the military's war remains excavation work inside the Demilitarized Zone (DMZ) and decided to continue the project next year.

Over the seven-month period from April, the military found 330 bone pieces believed to have belonged to 143 troops killed during the 1950-53 Korean War. North Korea agreed to launch a joint excavation work in 2018, but it has not responded to Seoul's call to work together.

The weekly session was presided over by Suh Hoon, director of national security at Cheong Wa Dae, the office said. 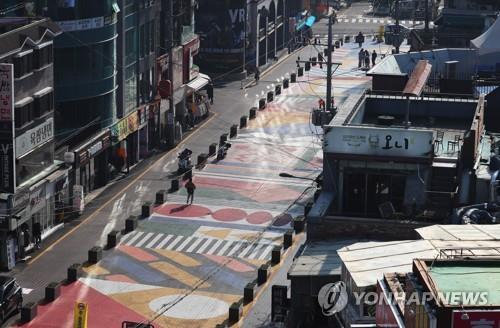