SEOUL, Nov. 27 (Yonhap) -- North Korea's trade with China plunged more than 70 percent in the first nine months of the year due to Pyongyang's border closure with its ally to stem the spread of the new coronavirus, a report showed Friday.

Exports and imports between the two countries came to US$530 million in the January-September period, down 73 percent from a year earlier, according to the report by the Korea International Trade Association (KITA).

North Korea's exports to its biggest economic partner nose-dived 70 percent on-year to $46 million, with its imports sinking 73 percent to $490 million.

North Korea has maintained its tight border closure with China since earlier this year and has claimed to be coronavirus-free. 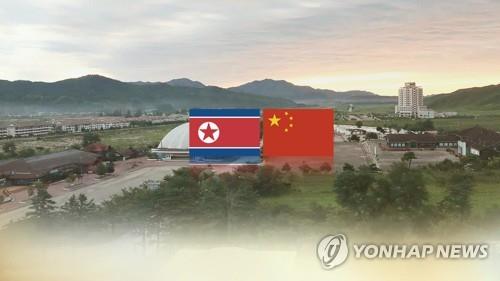 Bilateral trade temporarily bounced back in May and June but began to tumble in July as Pyongyang tightened its border control in the runup to its 75th anniversary of the ruling Workers' Party of Korea, which falls on Oct. 10.

The report said the prolonged border closure has taken a bigger toll on its fragile economy than global sanctions for its nuclear and missile program.

Trade between North Korea and China fell 57 percent on-year in the first nine months of 2018 after tougher international sanctions came into force in the latter half of the previous year.

Given Pyongyang's continued border closure, its trade with China is projected to shrink at the 80 percent rate in 2020 from a year earlier, the report said.

Meanwhile, North Korea's trade with Russia increased 15 percent from a year earlier in the first three quarters of the year, according to the report.
(END)