SEOUL, Nov. 27 (Yonhap) -- South Korea has identified the remains of two soldiers killed in the 1950-53 Korean War through DNA analysis after they were recovered from fiercely fought battle sites, the defense ministry said Friday.

The remains of Song Hae-kyung were excavated last month from Arrowhead Ridge inside the Demilitarized Zone (DMZ) separating the two Koreas in Cheorwon, according to the ministry.

He is presumed to have died in July 1953 just 16 days before the armistice was signed.

Excavation inside the DMZ began last year as part of a military tension reduction accord between the two Koreas in Sept. 19, 2018. But the South has carried out the work alone as the North has stonewalled calls for joint work. 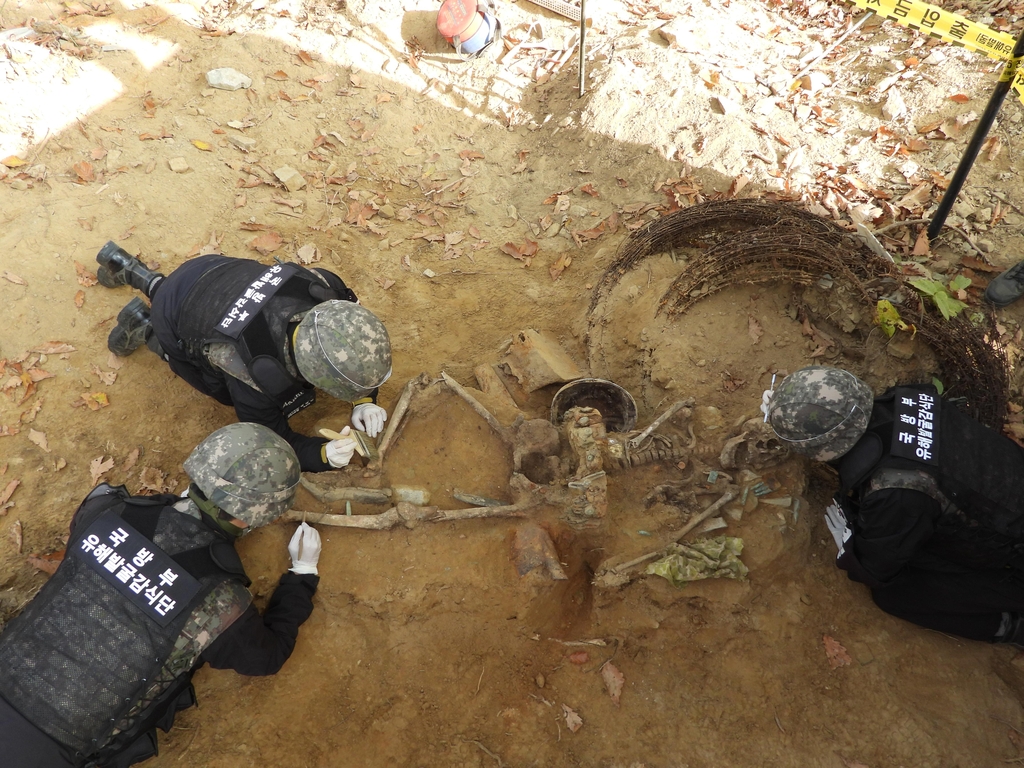 Remains of the other soldier, Lee Hyeong-sool, were found in Yanggu, 175 kilometers northeast of Seoul, in 2015. He is believed to have died in 1951.

The ministry said their identification was possible as the government had DNA samples of the bereaved families.

"My heart trembles and tears flow to hear that my brother's remains were found," Lee's younger brother Lee Hyeong-sam, 81, said.

The ministry said it will hold ceremonies next month to mark their return and lay their remains at a national cemetery.

Since the government began excavating remains in 2000, 156 soldiers who died during the war have been identified so far. 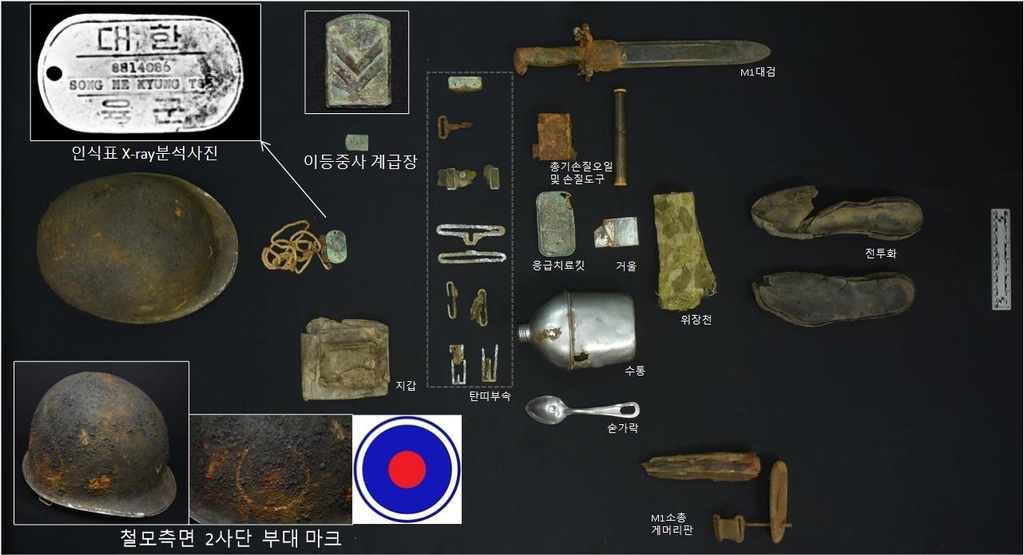